Think of the vast amount of time that students spend in school. But what do they come away knowing? They are taught very few life skills, so are they really prepared for the real world?

Here’s one of the glaring problems with public school: it’s designed to waste time.

Like a Weeping Angel from Doctor Who, school can zap your life away. It wouldn’t be half bad if you were being taught something useful. Sure, reading and math are important, but the bulk of those things can be taught in much shorter periods of time than are being utilized right now. Plus, reading skills are deteriorating and math was swallowed by Common Core.

Ideally, there would be myriad forms of trustworthy education that could suit any personality. And ideally many of these skills would be taught by family and imparted by experienced people – but that’s getting harder to do.

So in the list below, think of what it would be like if schools were ideal and actually preparing people to live meaningful lives.

Without further ado, here are…

25 Life Skills That Should Be Taught In School (But Aren’t):

Instead of regurgitating what the teacher says and mirroring their peers, people need to think for themselves only. That means no groupthink. Most people think they are unique but are only parroting. That’s why you can figure out who they are from just two of their beliefs. A lot of people struggle with who they really are but can’t even have a thought of their own. Life shouldn’t be so monochromatic and Borg-like. Calling all real individuals. 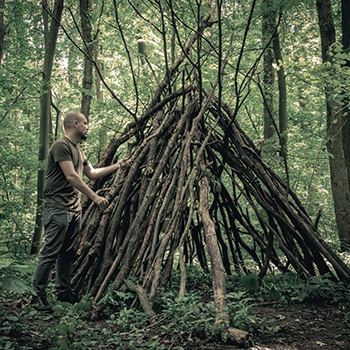 All forms of survival, prepping and first aid, including wilderness first aid, should be taught to everyone. Survival without tech and during disasters or live shooting events – all of it. Gardening, self-defense, and firearms overlap with this class, too.

No fad diets. Just self-care and nutrition. Food selection and important information about vitamins, minerals, and bio-compounds. I know they teach health in school but c’mon… And why not include gardening and food prep?

The world can be crushing enough, perhaps resiliency and tenacity can be emphasized instead of measuring students against failure. Failure is inevitable after all, so people should be shown how to fall and get back up again.

#5 The Art of Conversation

Did you know that schools have been rapidly dropping Logic classes? It’s time to stop the Idiocracy from spreading and revive Logic! Also, it would be nice if public discourse didn’t amount to two people rabidly screaming at each other.

You can’t legislate morality, but young people are eager to learn character. Instead of burdening children with global warming responsibility and punishing them severely for breaking unspoken social justice mores – how about letting them have fun but fostering a sense of character. Show them they have personal control/responsibility and that there are real-world consequences for their actions. Relationship skills probably shouldn’t be taught by government-run schools but ultimately those come from a person’s character.

In order to make it in the real world and provide for a family, negotiating is crucial. It means being firm, having a backbone and the willingness to exhibit some disagreeableness. 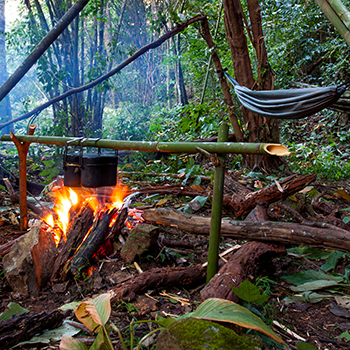 It’s a seriously needed lost art! And it overlaps with health, budget and survival classes.

The credit card and personal finance industry should not be the ones teaching us about money. And while I think Dave Ramsey’s advice from Total Money Makeover to start an emergency fund is golden; I’d like to nominate The Index Card by Helaine Olen as the curriculum. It is by far the best, most objective personal finance advice I’ve ever gotten. Takes all the confusion away. The name is from the idea that everything you need to know about finance fits on an index card – and the book even comes with it!

#11 Speed Reading (But with Deep Comprehension)

Speed reading is not the same as skimming. Many people have been taught to skim haphazardly because of the Internet, new gadgets and pressure to multi-task. This study shows that skimming is actually not a great way to comprehend more. Speed reading removes “subvocalization” while reading, and it can be done while maintaining comprehension.

Both with and without firearms. It would include boundaries, situational awareness, and improvisation.

#13 Crash Course on How Government Works

People are told to go out and vote but a lot of them don’t even know much about the positions they are voting on. I wish School House Rock had kept up the government songs! “I’m just a bill…”

Our linear-thinking and tech-driven world is rapidly extinguishing right-brain thought, and that is a travesty. Our creative force needs to be ablaze at all times and should never be downgraded or snuffed out. 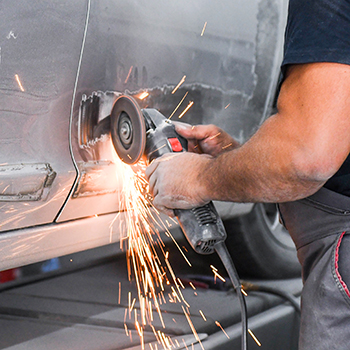 Why are these skills not taught to everyone? Learn to be handy and be independent from others while putting thousands of savings toward paying down a house. A lot of people are afraid to try, but only because they weren’t taught and may be afraid to ask for help.

Multi-tasking is a proven fraud. In a world driven to distraction, the art of focus is priceless in the working world. Maximized time is a maximized life.

#17 How to Read Literature With Deeper Understanding

Let’s face it: high school makes a lot of people hate books. Something tells me that’s the real reason why 1984 is mandatory reading. Who actually remembers the deeper message later in life? Curriculum: The Well-Educated Mind by Susan Wise Bauer is a straight-forward, wonderful guide through the classical education most of us never got.

#18 Entrepreneurship, Career & Starting a Business in a Gig Economy

This is a crucial skill desperately needed in a changing job landscape. It could teach sales skills for all different personality types. And hey, wouldn’t it be great to cultivate what your passions are instead of being wedged into categories by those career assessments?

Seriously. Make. This. A. Class.

Social skills are different than etiquette and manners. It involves picking up on cues and tone, and knowing how to appropriately respond in different situations. There is dating etiquette and there is also dating social skills. These are just as important as having social awareness on the job.

Why do 12 years of school without first learning this key element?

#22 How to Selectively Make Real Friends

An elective class to win GOOD friends and influence people. Networking. Watching out for red flags in relationships. School is basically a big bullpen where you’re with the same people every day for 12 years. And they think homeschoolers aren’t “socialized”? Sheesh! Plus, social media gives the false impression of connection without much selectivity.

So apparently this is being taught now, but…is it really?

Firstly, a lot of people do not know how to craft these. And secondly, most of them are thrown into the trash or get lost in cyberspace. The soul-crushing job application process needs a serious makeover, but until that happens, people need to learn how to write an attention-grabbing human-voiced resume that gets that foot in the door.

This is a much-needed course, unfortunately. This class would help students avoid predatory financial practices instead of being ushered right into them. Day 1: teacher cuts up all credit cards in a class demonstration.

Last but not least….a bonus that is only being sort of taught apparently?

If people want to let their government charge trillions to lob bombs into another country, then by Jove, they’d better be able to point it out on a map… I’m being darkly facetious, but seriously, geography is important.

It may even drive a wanderlust to explore, and the government doesn’t want that. We were always at war with Eurasia!

What electives would you like to see taught in school?

I was tempted to put some other electives on the list like “Relationship Skills by Interviewing Elderly Couples” or “Why TV Sucks” but I realize that these fall outside the realm of objectivity and belong in class #1: Individual Thought.

Would you like it if schools taught some of the skills above? Which ones are your favorites? Did I leave any important skills out of the mix? Leave your nominations below!

This article was written by Meadow Clark and first appeared on The Organic Prepper.

How To Turn Your Property Into A Fort