The year 2020 gone down in history as one of the most difficult years that our combined generations have lived through. We have yet to see what the final death toll from COVID-19 is going to be. But there’s another toll that will have to be tallied as well; that’s the effect that months of a shutdown are going to have on the national and global economy. Are we going to end up in a global depression?

But probably the most memorable thing that 2020 will be known for, more than even the pandemic, is as the year of the Great American Toilet Paper Shortage.

For some unknown reason, the panic associated with the COVID-19 pandemic has sparked a run on toilet paper, even though it is a respiratory disease and not a gastrointestinal one.

We may never know what has caused the Great American Toilet Paper Shortage; but we’re going to have to live with it.

That either means getting up at a ridiculous hour of the morning, in order to stand in line outside the grocery store, watching the sun rise and hoping that the store will have received some toilet paper overnight. If luck is with you, you’ll only have to do that once; but if not, you may have to do it several days in a row, in order to get your hands on some of those precious rolls.

That almost sounds a bit like a craps game; you pay your money and you take your chances. On the other hand, you can go with one of the other options out there. Some people are touting the idea of using cloth and leaves, in place of toilet paper. After all, we haven’t always had toilet paper to use and people had to use something.

Too bad Sears isn’t still putting out their “big book” like they did for so many years.

Those adorned many an outhouse, alongside a burlap sack of corn cobs, once the new catalog came out. But we can’t count on Sears for that one anymore. If we want paper for our bums and can’t find it elsewhere, we’ll just have to make our own.

Actually, our own will probably be a whole lot better than the Sears catalogue anyway… and who wants to use a corn cob? Sounds scratchy!

What’s it Going to Take?

If you’re someone who collects newspapers for recycling, you’re in great shape. You already have the number one ingredient you need, so that you can make your own toilet paper. While you can use other kinds of paper to make your TP, newsprint will break down easier and produce a softer paper.

Besides newspapers, you’re going to need:

The first thing we need to do, in order to turn that newspaper into toilet paper, is to break the newspaper down. This can be easily done with water, especially if you give that water a little mechanical help. 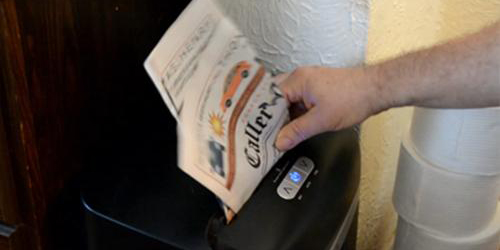 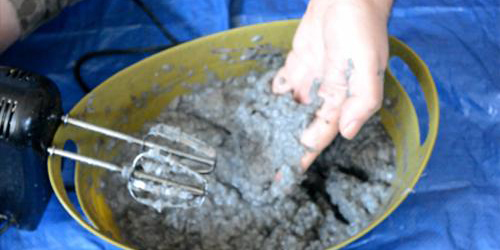 While your newspaper is soaking, it’s a good time to make your screen frame. It needs to be as big as possible, but still sit in the bottom of your plastic storage bin. I used 1”x 2” pine for this, but you can use wider boards if you want to. There are a number of different ways you can assemble this frame, but the easiest way is to make butt joints in the corners and pin them with dowels, as I show in the video.

The reason I chose to dowel the corners of the frame was that glue doesn’t stick well to end grain.

This frame is going to sit in water and I don’t want the joint to loosen up. Screws don’t work well into end grain either, although nails do. So you could choose to nail it, but it’s just as easy to use dowel pins. 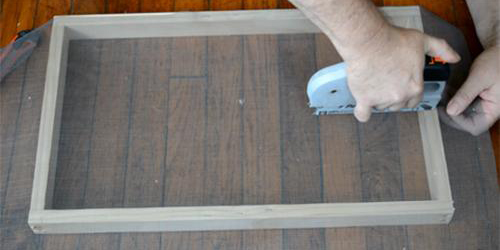 To dowel a joint of this type, first clamp the two parts making the corner of the frame, so that they are positioned properly, with the edges flush.

Then drill two holes of the appropriate size for the dowel being used. I used 3/8” dowels, so I drilled my holes with a 23/64” drill bit, drilling through the lap board, into the end grain of the other board. I made sure to drill the holes deeper than the length of the dowels.

With the holes drilled, I spread glue into the splines cut into the sides of the dowel pins with my finger. I then placed them in the holes and drove them flush with a wood mallet. Once all the corners were properly pinned together, I set the frame aside to dry. 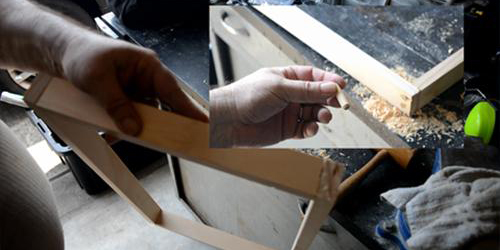 Finally, staple screening material onto one side of the frame, working from the center outwards.

It doesn’t need to be as tight as what you would do for a window, but it should be flat and smooth. If your staples don’t go all the way in, hammer them flush with the top of the wood, so that they will grip the screening properly.

Now that your newspaper pulp and your frame are ready, it’s time to make the toilet paper. 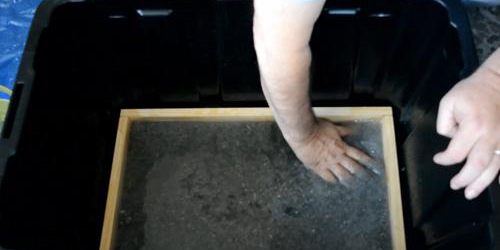 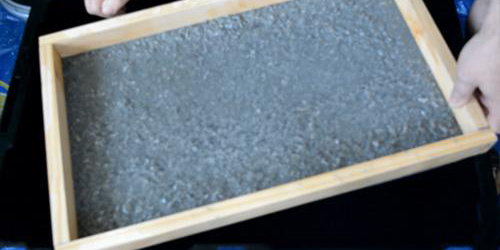 Now we need to dry the pulp, allowing it to bond back together and turn into paper. 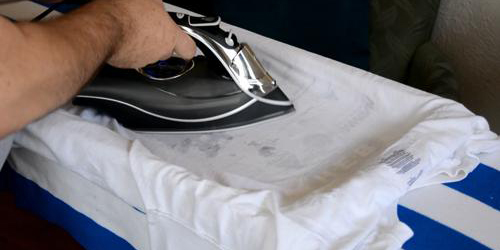 With the paper dry, we’re ready to make it usable in the bathroom. 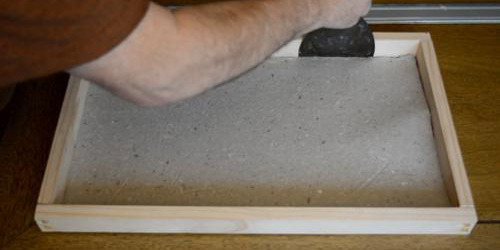 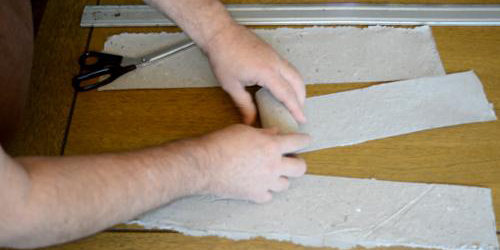 Your finished toilet paper is going to be thicker than store-bought, even though it is only one single ply.

That means you can use less of it, which I’d recommend, considering that it’s a bit harder to make than just going to the store and buying a four-pack of Charmin. But then, if you could do that, you wouldn’t need to make your own.

This article first appeared on AskAPrepper.

How To Build An Outdoor Mud Oven

40 Uses For Sawdust Around Your Homestead