I started producing food when my children were very small in a 10 x 10 suburban backyard garden. Years later, I started a small pastured-poultry business when my marriage ended. My various projects have grown over the past fifteen years to a point where we now produce a good portion, probably about 30 to 40% of our calories, of our own food.

A lot of people daydream about more self-sufficient living, and as problems with the food system persist, increased self-sufficiency will become necessary for many people. We will have to have local support groups to survive long-term. (Assuming we’re not all rounded up first. . . but that’s a topic for another day!)

Developing a closer connection to your food sources is rewarding, but it’s work.

I’m not just talking about moving onto acreage. Even a little suburban garden can mean a lot of extra work at certain times of the year. Producing enough tomatoes to can a large number of tomatoes and sauce for the year is entirely possible for many people on small plots, but there is a wholly separate learning curve relating to processing and storage. Berry bushes and fruit trees can keep you really busy, too. Harvesting and processing can easily keep you up at night and kill a few weekends.

In fact, I had a friend a few years ago who had a suburban plot and grew everything to make her own pasta sauce for quick dinners throughout the year. I have another friend on another suburban lot who has green chile as her staple. Both of them get together with female relatives for “hell weekend” a few weekends every fall, where they put everything up. They joke about it, it’s fun, and they wind up with a year’s supply of meal staples. But these are big projects and not for the faint-hearted.

And, whenever you attempt to integrate yourself into biological systems, you open yourself to so, so many things that can go wrong.

Even the pros have bad years, through no fault of their own. All farmers have to deal with the risks of hailstorms, droughts, grasshoppers, and other various pests. Taking control of your food supply brings with it increased confidence and security but also the risk of catastrophic failures.

For example, despite really wonderful planning on my part for the garden this year, the heat, drought, and discontinuation of Nolo-Bait meant that not one of my basil, beet, rutabaga, or carrot seedlings survived. I can’t even get cover crops going right now. Grasshoppers are eating everything. I have never had such a bad year for late-summer gardening. I would take it more personally, but I am friends with professional vegetable growers in the area who have also had a terrible year. The wheat farmers who have grown up on the land? Getting absolutely nothing this year because of the drought. It’s just a bad year.

Related: 20 Foods That Can Last 20 Years

I used to get more upset about failures. These days, I just talk to gardening and farming friends to get perspective. I have a very Type-A, workaholic personality. Becoming involved in food production has forced me to accept that I can’t power through every problem.

At the end of my first summer raising chickens, I developed intestinal problems that lasted for five weeks. During the last two weeks of that, I also developed a respiratory infection. A few years later, I had gotten so run down that I developed Bell’s Palsy and couldn’t eat solid food for three weeks. My face has gotten back to normal, but I still have neurological problems bad enough that my hands often shake. I rely on my shotgun for self-defense; I can’t aim rifles or handguns accurately enough.

I don’t say any of this to discourage anyone, only to emphasize that shifting to a lifestyle of more connection with your food supply will be a big change for most of us. And change can be really, really hard. It often leads to better things. I’ll take my neurological problems along with my productive property and healthy children over my old life in a heartbeat. But it takes commitment.

Change Is Coming Whether We Like It Or Not

Despite my horrible year regarding root crops, I still have enough tomatoes. I’ve been sun-drying one batch after another on racks for weeks now. Once temperatures drop too much for sun-drying, I’ll start making sauce. We’ve got garlic and onions strung up in the kitchen already. The garden is full of celery which we’ll eat fresh until it’s time for frost. At that point, I’ll harvest and then dry them in the dehydrator to flavor soups through the winter. We’ve still got jalapenos, pumpkins, ground cherries, and sweet corn waiting to be harvested. We actually got a lot of grapes this year, too, which I ate fresh until I got an allergic reaction and had to stop. They were delicious, and I regret nothing! 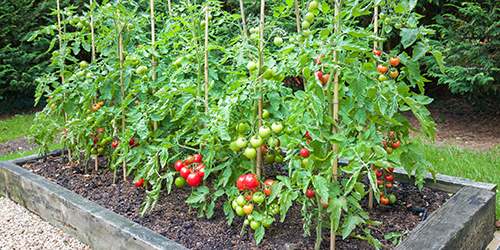 We’ve got cucumbers, some of which we’ve eaten fresh and some of which I’ve been lacto-fermenting. We’ve got peas in the freezer for winter, and hopefully, I’ll have enough sweet corn to put by some extra for the winter, as well. There’s nothing quite like pulling meat from your own animals out of the freezers, throwing in vegetables you’ve preserved yourself, and making a meal from your own property in the middle of January.

Well, that’s good for someone with a few acres out in the country, you may be thinking to yourself. What’s harvest time to someone in the middle of the city?

You Can Often Get The Best Prices Of The Year At Harvest Time, And There Are Ways To Add Value To Food

Canning is a skill that takes some time and effort. When my kids were little and ate more PB&J, I used to wait for sales at the grocery stores and then buy tons of berries to can. I saved quite a bit of money only buying produce at its absolute cheapest, and I learned a valuable skill, too.

Now my kids are too old for jams and jellies. My elderly friend, who lives on a small city lot, asked me to help clean her crabapple trees, and while I couldn’t stand the thought of wasting heavenly-smelling fruit, I wasn’t sure what to do with 50+ pounds of crabapples. 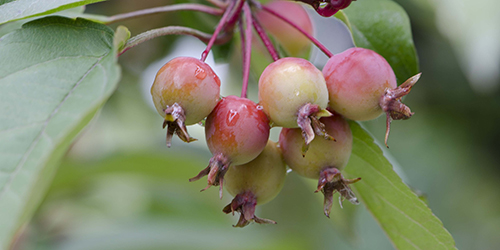 I did a practice run with a gallon of peach juice left over from canning, and so far, so good. I now have 50+ pounds of crabapples fermenting in a huge bin in my kitchen. My house smells delightful.

I don’t actually drink that much myself, and obviously, I don’t let my kids drink alcohol, but I have a lot of friends, and alcohol can be an excellent bartering item in a true SHTF situation. My philosophy has been that the more various skills I can pick up, the better I’ll be in the long run, and if someone gives me massive quantities of fruit, winemaking is a great way to turn lawn waste into something valuable. 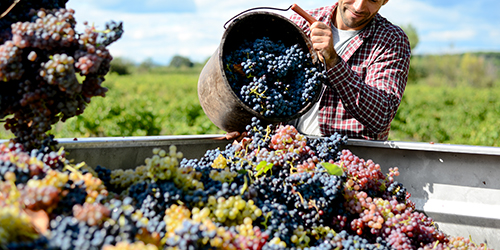 If you have a small space and a small budget to work with, you’ll want to do some research before spending money on any kind of extra tools. I can say without a doubt that the money I’ve spent on canning supplies has been worth it, but I’ve had the luxury of being able to spread my purchases out over more than a decade.

As bad as this year has been in terms of crop yields, there is still some food being produced. Even in my drought-stricken area, I’ve had multiple people contact me this year to help clean fruit trees. Spending a little extra time learning how to harvest and preserve can really pay off in the long term.

Stay Productive And You Can Produce

And in case you’re wondering, all of my canning, drying, and fermenting is done on top of my actual job of homeschooling and keeping my kids involved in various sports and activities. I’m not really a TV person. The people that know me in my personal life know that I’m very high-energy. However, the truth is that people throughout most of history have not been able to do one job for eight hours a day and then go home, sit in front of a screen, and order whatever they need online. We’ve been living in a historical anomaly.

I strongly suspect that this historical anomaly is going to be over for most of us before too long. We’ll have to get used to being more industrious or going without. But I could be wrong.

However, We Shouldn’t Waste Our Energy Being Depressed Or Angry About Things Falling Apart

Ask yourself what you can change. Can we change the politicians and corporate leaders pulling the strings? If we can’t, then we need to focus on what we can do, and for most of us, it boils down to simpler, more productive ways of living.

I would strongly encourage anyone feeling frustrated about lack of control in their lives to think about taking a small step toward food independence. It’s too late in the year to start a garden, but it’s the perfect time of year to think about learning how to process whatever food is available. For many of us, this is a really fun time of year. Pretty soon, the farmers’ markets in my area will start roasting chiles, which I can smell from my house. It’s very fun and rewarding, even in a year of slim pickings like this one.

If you already produce your own food, what’s harvest time like for you? Do you have any helpful hints to share with others? How do you put back food? Let’s discuss it in the comments.

This article was written by Marie Hawthorne and first appeared on The Organic Prepper.

Stop Pulling Out This Plant, Do This Instead