The Great Depression was an event that occurred after the notorious stock market crash in October 1929. It sent millions of people from the lower and middle class into poverty, with a reported 15 million unemployed Americans struggling to feed their families. We can learn from this event and put their struggles into perspective today.

If (and when) another catastrophic event happens, folks should be prepared. Taking a look at the recipes from the 1930s can help us see what our future would look like. Families had to get creative to feed everyone back then. This meant making a pie from Ritz crackers or pie crust from hot water.

Here are 20 of grandma’s depression foods that we will need soon. All might be considered odd combinations today, but it’s better to be prepared and study our past to improve our future. 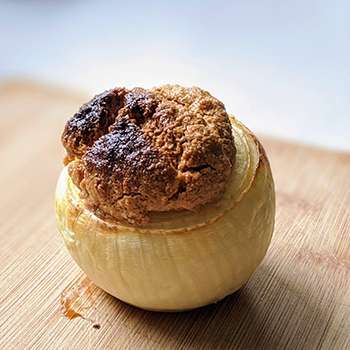 Casseroles were largely popular during this time. Families could throw whatever they had into a baking dish and call it dinner. Bologna was processed meat that was cheaper than most. This casserole also featured rice, pasta, potatoes, or a variety of canned vegetables mixed with egg and milk. 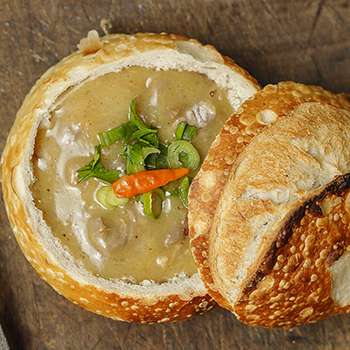 What did families do with stale bread? They made bread soup! This method reconstituted dry, hard bread into something edible. Mothers would soak old bread in water or milk before adding melted butter or sugar. The result was a filling porridge eaten at breakfast time.

Think of this “soup” as cereal without the cereal. Families would eat sliced bananas in a bowl of milk with a sprinkle of sugar on top. Milk was very filling and was marketed as essential for children in the 1930s, with the recommendation of drinking 1 quart of milk per day from nutrition experts at the time.

This dish is technically cornmeal oatmeal. It is cooked cornmeal with milk, sugar, spices, molasses, or dried fruit. Cornmeal Porridge was served during any meal of the day and would also include savory elements. 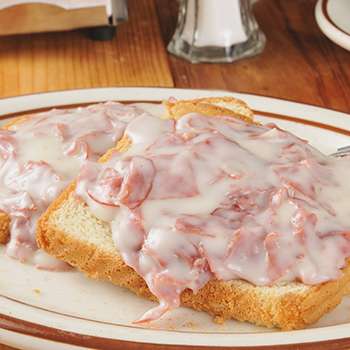 Dried beef reconstituted in a roux was referred to as Creamed Chipped Beef. This meaty, creamy gravy was often served with dumplings, pasta, rice, or toast.

Say it loud and clear; dandelions are edible! Children used to pick weeds for their mother and bring them inside for her to prepare for lunch. Dandelions need a good washing before they can be eaten as salad greens.

While this dish is still popular in many Asian cultures, it rose to popularity during the Great Depression among the American population. Folks would use leftover soup broth and cook eggs directly in the liquid. The result is filling and nutritious, especially when you are living off of so little. 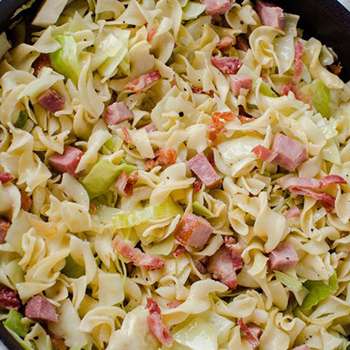 Some items most people had in their pantries were cabbage, butter, and pasta. Luckily, that is all you need for this dish! Cabbage was sauteed in butter until soft before being mixed with cooked pasta for a filling supper.

The combination of flour and water was one of the cheapest meals during the Great Depression. Grandma would mix flour and water until a thick dough formed. Then, she would drop them into boiling water or soup and let them cook all the way through. They were served with butter and salt for a simple meal.

Hot Water Pie refers to how the pie crust is made rather than the contents of the pie. It was flour, sugar, and hot water mixed for the crust. The filling was usually made of milk, molasses, or sugar which became similar to a custard pie by today’s standard.

Fresh fruit was expensive and not feasible for many during the 1930s. Instead of baking apple pie, Ritz Crackers published a recipe on their box in 1938 replacing apples for Ritz in this pie. The texture after baking resembled apples and the flavors of sugar and cinnamon tricked the mind into thinking this pie had fruit inside.

Similar to our first recipe on the list, this dish unconventionally utilized peanut butter. Two slices of sandwich bread were slathered in both PB and mayo. This was considered a filling lunch for anyone due to the peanut butter. 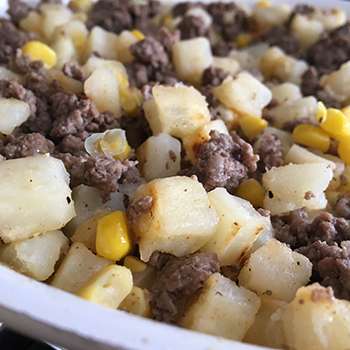 Poorman’s Meal was a hodgepodge of whatever food was left after the week. Hot dogs, pasta, rice, potatoes, carrots, or any other produce were mixed into a casserole and cooked. This meal usually fed a large family for very little money.

Latkes were not just for Hanukkah during the Great Depression. Shredded potatoes were mixed with egg and salt before cooking over the stovetop or fire. These crispy little treats are still enjoyed today.

Despite fruit being a hot commodity, prunes were readily available in the 1930s. Prunes were cooked with milk, flour, and sugar to make a delightfully sweet pudding. They were also used for pies, cakes, and oatmeal.

Some of the only unprocessed meats that were consumed during the Depression were wild-caught. Many families had rabbits on their property, which would sometimes become dinner. If a family had a fresh rabbit, all parts of the animal were utilized in a stew with carrots, onions, and spices. 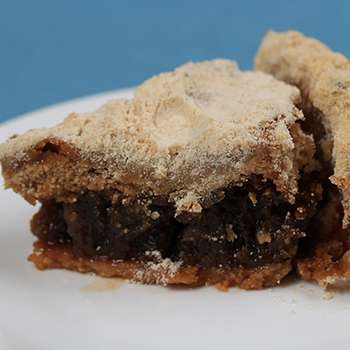 This recipe came from a newspaper in the 1930s. It used pretzels as the pie crust with brown sugar and molasses filling. This pie was ahead of its time, as we still bake pies like this today.

When baking bread, some mothers would save a portion of the dough to make pizza for dinner. The pizza in question was a baked crust topped with melted butter. Cheese and other toppings were expensive, so each pizza was made “plain” to save some money.

You never know when the next Great Depression will hit. Doing some research on the recipes of the past can help prepare us for the future. All ingredients in these recipes were cheap, plentiful, and filling. Having a food stock with these ingredients will help you in cases of hard times. Surprisingly, you can create tons of Depression-era recipes that Grandma used to make with only a few staple ingredients. 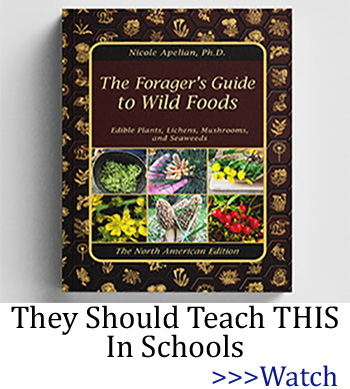 How to Keep Eggs Fresh for Months with Mineral Oil

The Ultimate Guide To Composting