200 Pounds Of Food You Can Harvest Only This Winter

Contrary to what the name may imply, the Jerusalem artichoke is not an artichoke, needless to say, its great nutritional benefits make it a necessity in your food plan as a homesteader. The forefathers of America were very keen on planting them alongside trails that they used very often, to make sure that they had a constant supply of food as they traveled.

Sunchokes, as they are commonly known in the community, tend to overproduce and spread all over the place. Some see this as a disadvantage, but from a survival point-of-view, it’s quite the opposite.

Sunchokes don’t just grow in abundance, they can also survive through abandonment and harsh weather conditions. They need little to no care at all. You can plant them, forget about them for three months, then come back and harvest them.

Sunchoke plants usually produce between 75 and 200 tubers a year. Harvesting time for these tubers is anywhere from spring, all the way through to the winter season.

Because they are perennial, sunchokes can replant themselves over and over again, which takes a load off from you.

These resilient plants need little to no care to grow, making them a survival gardener’s dream crop. They don’t need any weeding, they can be planted in any type of soil, and they can survive harsh drought conditions.

The sunchoke plant can be fed to your livestock. The flower, stem, and leaves are all edible to animals, pigs in particular love to eat the tubers as well.

I usually ensure that my horses have enough to eat when the grass is at its minimum, by planting the Jerusalem artichoke besides the pastures.

A tuber is an enlarged part of a plant, situated underground, which it uses to store nutrients. The sunchoke has an edible tuber, which is purple to red, to white to brown.

The sunchoke tuber’s core is white, similar to that of ginger. It looks like a potato but is smaller, sweeter, and tastes like a nut. 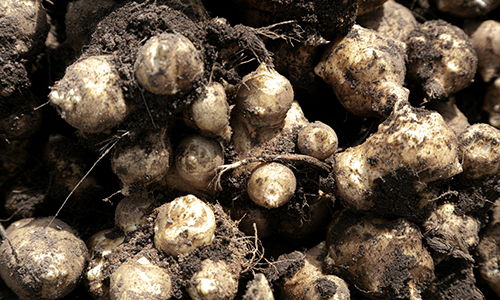 Though sunchokes are similar to potatoes in many ways, their nutritional qualities vary. The sunchoke has more protein whilst the potato has more starch. The tuber of the Jerusalem artichoke has what is known as inulin, a probiotic fiber found in most natural homemade remedies. The probiotic found in this tuber increases the formation of bifidobacteria – which is a good bacteria that helps stop the formation of bad bacteria and also reduces carcinogenic enzymes.

Other nutritional components found in these tubers are electrolytes, minerals, fiber, copper, potassium, and iron. The Jerusalem artichoke can help normalize your blood pressure level by reducing the impact sodium has on your body.

The sunchoke’s tuber has more protein than soybeans, beans, wheat, and even corn. The leaves and stem of the plant each contain at least 28% protein, which is double the amount found in corn. In addition to that, they contain traces of folates and other vitamins such as pyridoxine, thiamin, pantothenic acid, and riboflavin.

Related: The Indispensable Medicinal Garden Every Homestead Should Have

How Do You Grow Sunchokes

The best time to plant sunchokes is in the springtime after the frozen ground has melted. This is halfway through March, all the way up to April – depending on the growing zone you are located. This means, that you can start planning to grow Jerusalem artichokes in the next period.

Start by cultivating the soil to expose the nutritious soil from underneath. Dig a four to six-inch hole and plant your sunchokes. You can choose the option of planting your sunchokes in a container and then transplanting the plant to the ground, but from my experience, it does not go well.

Choose a sunny spot for your crops. Plant them in groups or rows of about five feet apart, this is so that the tubers are about a foot apart underground.

Sunchokes take roughly 3 months to fully develop. It’s advised that you grow them in agricultural zones three to eight. Sunchokes do well in cold climates, if you plant them in climates with higher temperatures than those in agricultural zone eight, they will not produce much.

Make sure you don’t plant your sunchokes in an area where it will cast a shade over your other crops. Verify that your tubers have at least one eye before you plant them, or else they will not grow. Very tiny tubers can also grow as long as they have an eye.

A great tip to protect your young plants from the chili early spring temperatures is that you should add mulch around them. 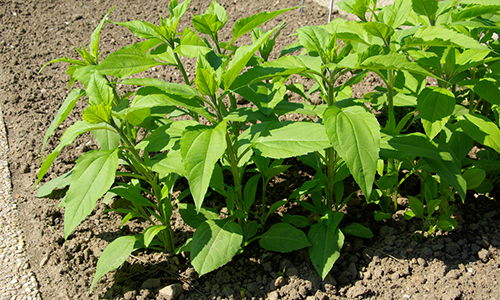 Most Popular Varieties Of Jerusalem Artichokes:

How To Harvest Sunchokes

Harvesting sunchokes is quite an easy task, similar to harvesting potatoes, just go and dig them up from the ground. You have the option of choosing whether you are harvesting them immediately after they’ve grown to their full size or just leave them underground through the winter and dig them up later. The second option is loved by some gardeners, claiming that the tubers are far more delicious when exposed to frost. To prevent frost from killing your crops you must make sure you add a foot layer of mulch around them.

Related: How To Organize Your Garden For Maximum Harvest 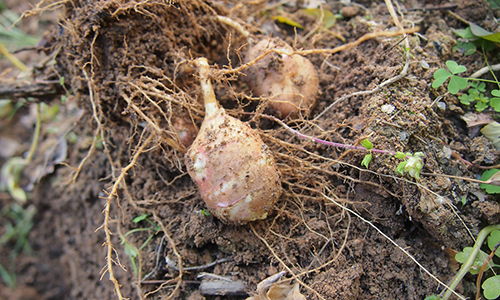 Plant diseases and insects rarely do anything to slow down the Jerusalem artichokes’ path to full maturity. One problem you might have with these crops is that they tend to overproduce and inhabit the whole area in which they are planted.

How Do You Eat Sunchokes

Sunchoke can be eaten raw or cooked. They can be roasted, mashed, or simply be dished as a salad. Unlike potatoes, there’s no need to worry about your blood sugar levels going up – this is because these tubers have a low glycemic index score. 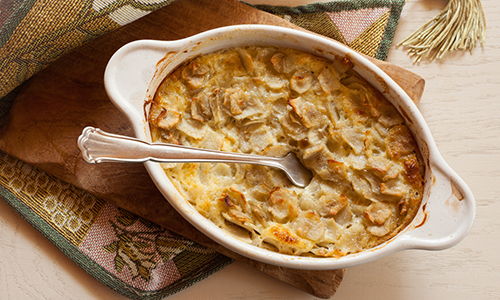 Wait until the time of cooking to wash your tubers because they are going to discolor faster if washed or peeled and left for some time. During preparation, don’t leave your roasted tubers until you know the exact heat and time used to properly prepare them, they can turn into mush very quickly.

Any dish or recipe you have for potatoes can be cloned into the preparation of your tubers. Jerusalem artichokes can blend with any type of dish because they have a mild taste. Some Natives even go to the extent of making wine or juice from this tuber, you should try that out too. 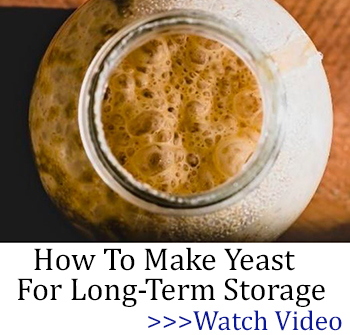 How To Keep Your Garden Alive During Winter