What To Do If You Catch Your Neighbor Snooping Around

How does one deal with a nosey neighbor? The same way you deal with anything.

The first principle is always to be fair.

The second, and this is where the rubber hits the road, is to start cool, calm, and collected. Deescalate and defuse the situation. Escalation, and ultimately violence with the possibility of death, should always be a last resort, and never your first move.

I will divide this article into three parts.

I have also heard some ranch owners say that they just ignore it. Yeah, until your wife’s underwear starts disappearing off the clothesline. Boundaries should be respected, and if ignored, then they should be enforced. 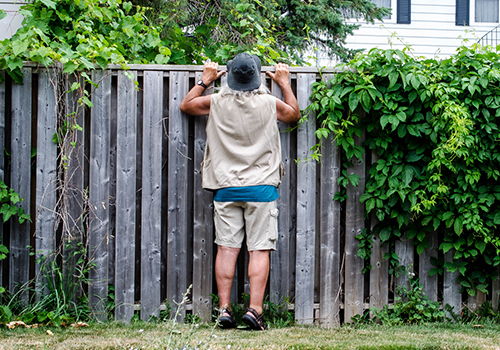 Your first order of business is to figure out if your neighbor is snooping around. And to what extent.

If you are moving around your property a lot, tire tracks and footprints may be hard to identify. A few things you can do in this regard are the following: 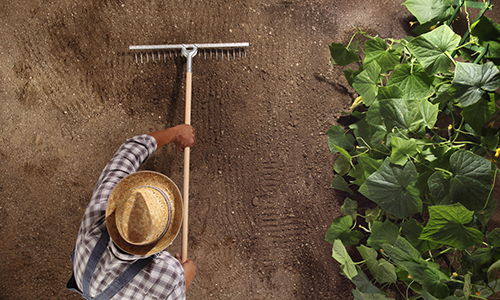 Technological solutions to this problem include motion sensors that trigger cameras, alarms, or lights.

I simple way of really scaring off people is to attach a buzzer, alarm, or car horn into the same circuit as a motion-activated floodlight. I rigged these in some of my fruit orchards to catch monkeys and porcupines. The noise makes these devices effective during the day and night.

Solar options allow you to set up these measures quite far from your home. 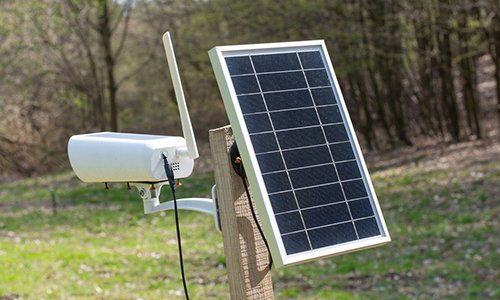 The last thing I am going to mention is what I “call points of interest”. These are interesting things that you place at known points and known orientations.

For instance: you could place a baseball bat against a fence post with the label directly toward the post, and the bat always in a line drawn between the post and your house. Anyone handling the bat is highly unlikely to replace it exactly how it was.

A variation of this can be done with a pack of snacks you put on a workbench in your shed. Always have a system for where the label points, and where the object goes. Eg. Labels are always to the east.

I leave the toilet paper with the last piece torn off level with the lowest point of the roll. I do this because I am super paranoid. It has however enabled me on at least two occasions to know when people have been in my house while I was away.

Good fences make good neighbors. I would like to add to that. Good fences, with clear warnings, make for even better neighbors.

I had signs made up that said: “Trespassers will be shot and vehicles badly damaged.”

As you approach my fruit trees or vegetable patch, you will run into bottles of pesticides hanging on a rope under a sign that reads “Poison Type”, “Spray Date” and “Edible By”. I just randomly write future dates on there in chalk. These are up around my vegetable patches and orchards. Biohazard signs with toxic waste or medical waste signs are also good deterrents.

Friends of mine have a gate at their turnoff, and a small traffic barrier several hundred yards further. Tire marks lead into the grass on the right of the barrier, but this takes you into a stump planted in the grass that will take out your oil-sump, front or rear axle. A sign on the barrier says to stop and telephonically call the occupant for assistance. Close friends know about this, but no one else.

Related: Avoid These 8 Looter-Inviting Things On Your Property 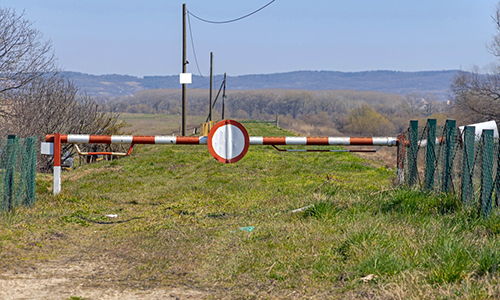 Other ways to discourage neighbors from trespassing include some misinformation. You could also call it lies, but this is for a good cause:

Don’t overplay your hand as it might seem like BS, which it is; but few people will call BS on something that might take their leg off. 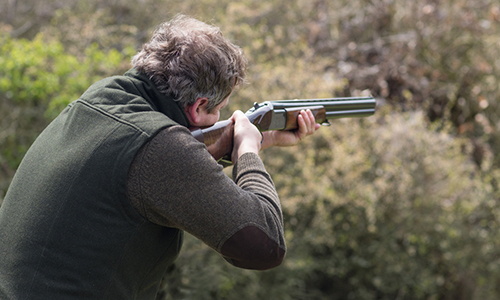 You need to put up warning signs if you intend to rig anything that can do actual damage, cause actual harm or injury, or lead to death, disfigurement, etc.

The signs alone may be enough to dissuade any would-be snooper. If you are unsure, check with a lawyer first. Where I live, you need a sign on your fence every 100 feet. I have rectangular yellow signs, with skulls and warnings in English and other local languages. If you hop my fence, that’s on you…

Active discouragement includes placing actual traps and tripwires. I am a fan of tripwires as you can connect them to stun grenades or flares that will immediately give away anyone’s position. This is non-deadly but guaranteed to cause emotional damage. The disorienting sound pulse of a stun grenade will leave any trespasser clutching their ears, off-balance, and disoriented.

Tripwires can also be attached to electrical buzzers or other types of alarms These can be made with a small 12V battery an electronic buzzer, a clothes peg, and some aluminum foil.

It’s quite possible to rig a stun grenade inside a plastic bag filled with paint. Use water-based paint or you will create a fireball that may just conflagrate your neighbor. Just saying, as you would feel real bad calling Cheryl to tell her you found Chad burnt to a crisp behind your barn. 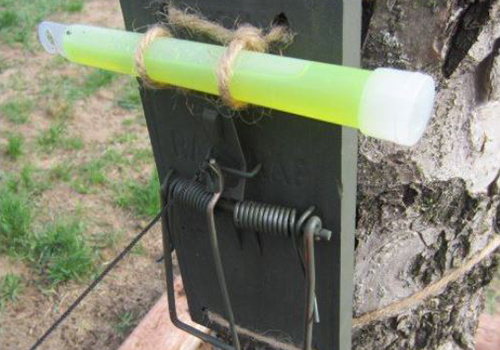 I once heard about someone aiming and rigging an automatic paintball gun on a door to his shed. He never shot any trespassers but did shoot himself once. This brings me to the next warning.

You may forget where and how a deadly trap was set. I heard of some who once lost a 12guage shell booby trap in a severe storm, as it got washed away. It may still be loaded somewhere. Wait until your grandkids come visiting and see how comfortable you feel then.

Lastly. And this should always be a last resort. Camo up. Take three days’ provisions and set yourself up in a thirty feet hide with a long-range sniper scope on your .50 Cal.

So there you have it, folks. Keep the vermin contained and enjoy your land in sweet solitude! 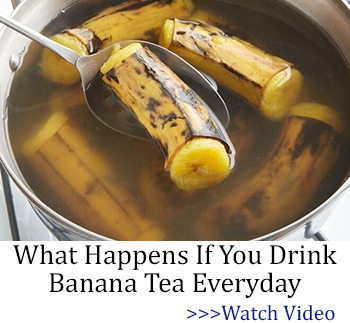 DIY Rope From Most Common Plants