DIY Rope From Most Common Plants

Knowing how to make a rope is one of the basic skills that everyone needs to survive in the wilderness during an economic breakdown, disasters, wars, or any catastrophic event. A rope can serve a range of purposes, including lifting, hunting, fastening, climbing, attaching, pulling, carrying, and building.

In the absence of regular ropes, you can make ropes or natural cordage out of fibers from the inner bark of some trees, such as willow, maple, and cedar; roots of lupine and leather; inner fibers of yucca and agave leaves; the whole stem of grasses such as tule and reed; and even stems of some wildflowers, such as cattails, nettles, and juncus.

Here’s a step-by-step guide for making ropes from plants.

One of the easiest plants to make a rope with is the yucca plant. This plant is native to the Southwestern United States, and you can find them on the roadsides as well as in sun-kissed, open fields. The inner fibers of the yucca leaves are flexible and will yield a rope with a high tensile strength if processed properly.

You can make a strong rope from a yucca plant with only a knife and some rocks if you don’t have tools. But if you have access to tools, you can make use of a piece of cloth and a hammer as well. You will also need a flat surface. 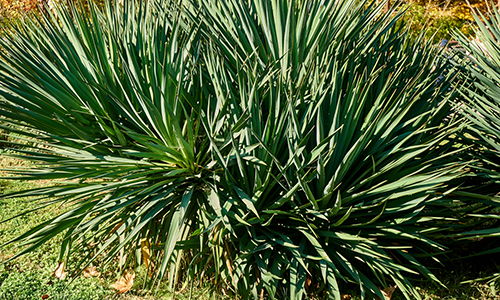 Gather some long, straight, green yucca leaves. Arrange them over a flat surface. Use a piece of cloth to soften the impact of pounding on the leaves. 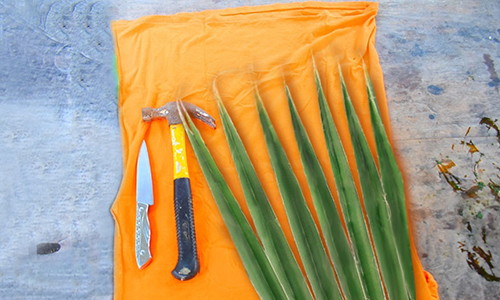 To expose the inner fiber of the yucca leaves, the outer layer has to be removed first. Pound the leaves back to back with a hammer. In the absence of a hammer, you can use a rock or a piece of wood. 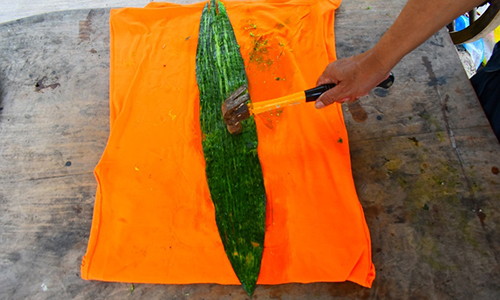 Using the back of your knife, scrape the leaves off until the fibers are exposed. A shell, a spoon, or a flat rock will also do the trick. Be careful not to cut the fibers with your scraping tool. 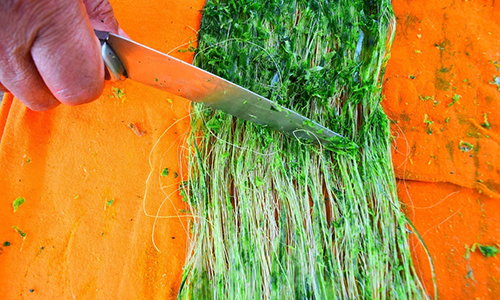 Once you have enough fibers, you can start making the rope. Separate enough fibers approximately half the size of the diameter of the rope you’d like to make. Start twisting the strand by rolling each end between your forefinger and thumb in opposite directions. It is best to start braiding the rope while the fibers are still wet. 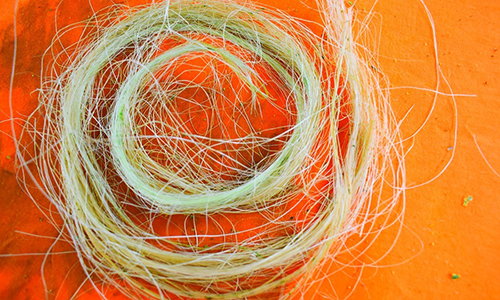 When you come an inch or two to the end of them, add another set of fibers, and just twist them right in. Make sure the new set overlaps and intertwines with the original strand so that they are anchored into place. Continue twisting until the new strand is wrapped together with the old section. 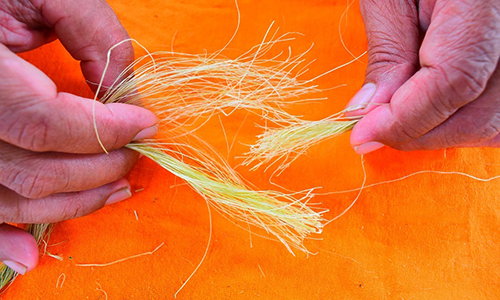 Find the center of the strand, bend it to form a loop or an eye, and hook it to a strong twig or branch of a tree. 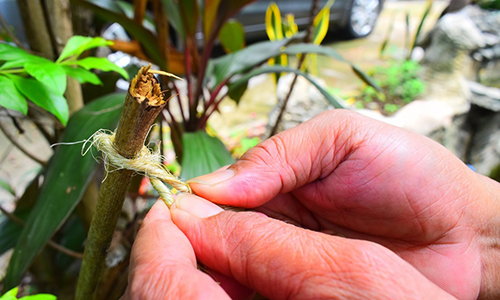 Start braiding the rope to form a helix pattern, pulling hard while continually twisting the strands. Make sure that the two sections are twisted an equal number of turns as they’re braided so that they wind around one another tightly. An imbalance in the twisting will cause one strand to stay straight and the more twisted side to coil around it like a spring. This will create a weak point in the rope. 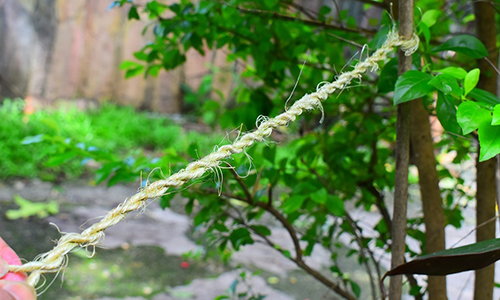 Add more fibers if you wish to lengthen your rope, following the instructions in Step 5. 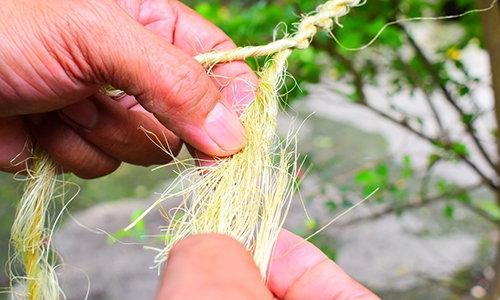 Test the strength of your rope. When you are satisfied, tie a stopper knot at the end of the rope to prevent it from unraveling. Yucca fibers are tough, and the rope that you create out of it will be strong and resilient. Some even say that a rope made out of yucca fibers is as strong as hemp. 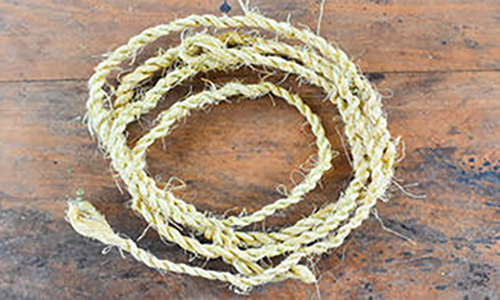 Reed grass grows along the banks of streams and lakeshores as well as in marshes. It is abundant and widely distributed throughout North America. 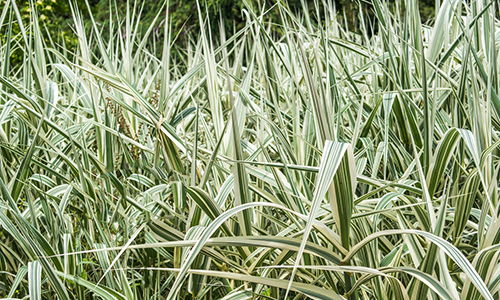 The leaves of the reed grass can be woven into mats and can be used to make ropes.

In fact, the earliest coils of ropes found in one of the caves of an ancient Egyptian harbor from nearly 2000 B.C. were believed to be made of reed. 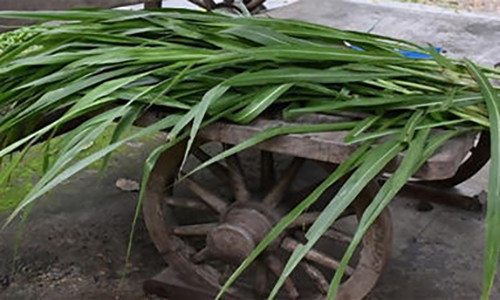 To make ropes out of reed, choose the thin and soft but strong variety, the kind that doesn’t snap when you bend it. Make sure to use gloves to protect your hands from its sharp edges. 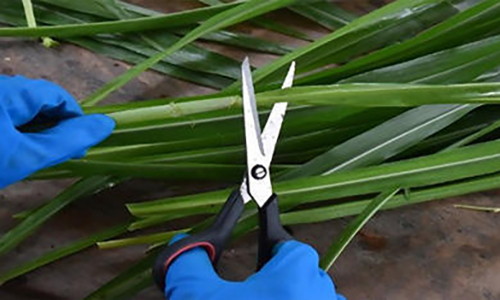 Remove the leaves and mush them up a bit with a hammer or a piece of wood to soften them. 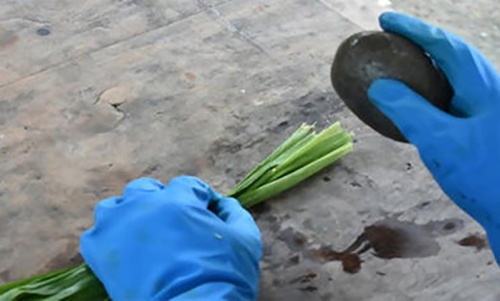 Follow the same procedure as the yucca above in making a rope out of it. 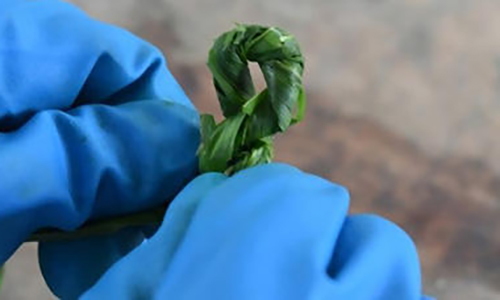 You can also use other grasses aside from reed as long as they are pliant and strong. Ropes made out of grass can last for years provided you keep them from getting wet. 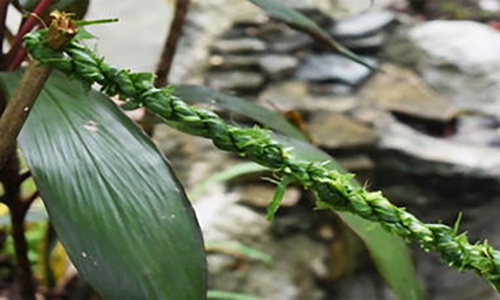 The fibers from stinging nettles also make good ropes, but be careful of its small spines. Better still, use gloves when you harvest nettle stalks.

Unlike the yucca and reed, you can’t make a rope out of the nettles right away. You need to expose them to the sun for a day or two before you open them up by pressing a rock against them. You can then start peeling off the green fiber from the inside of the stalk. The same can be done with milkweed and dogbane.

So there you are! Making ropes out of common plants is a skill that cannot be taken for granted. It may come in handy one day, and it may even save lives. 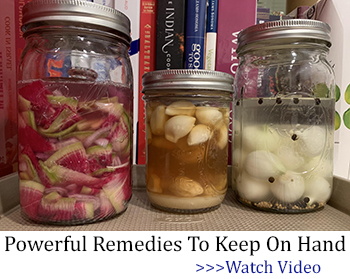 Similar to Morphine: The Best Natural Painkiller that Grows in Your Backyard (Video)

Do You Have This Plant In Your Backyard?