10 Canning Recipes From The Amish

The Amish are an intriguing group of people. They are infamous for their wisdom and simple lifestyle. The Amish live according to their religious values and beliefs that it pleases God to see His creation working in harmony with nature. This is one of the reasons why they grow their own food. While they are well-known for their extraordinary baking capabilities, the Amish also love to can food. One of the main reasons for this is that it allows them to preserve seasonal produce so they have it readily available all year round. If you want some traditional Amish canning recipes, keep reading.

The Amish originate from southern Germany and Switzerland. They emigrated to the United States in the 19th and 20th centuries and made their home in eastern Pennsylvania. They later settled in Kansas, Illinois, Iowa, Indiana, Ohio, and Canada. The Amish avoid using electricity, they rarely use cars except in an emergency. Instead, they are transported in horse-drawn buggies and ride bicycles. They are well-respected for their farming capabilities. They grow the majority of their food and only purchase items such as flour and sugar from stores.

You can use the water bath canning method or the pressure canner method to can the recipes below. Please note that process times will vary depending on the size of the jar you’re using. Check the National Center for Home Food Preservation website for exact times for these recipes.

This pepper relish recipe tastes delightful with any kind of meat.

Related: Cheap Recipes To Keep You Well Fed In The Next Crisis

This delicious combination of vegetables makes the perfect dipping sauce. 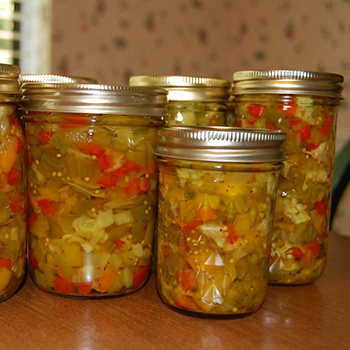 Pickled red beets taste fantastic on a sandwich, or in a salad. You can even eat them on their own as a snack. 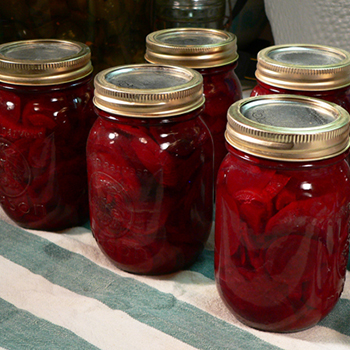 There are a thousand reasons to can pears, most importantly, they taste absolutely delightful! 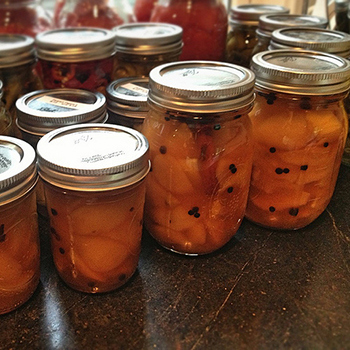 Related: Recipes I Made From The Lost Super Foods Book: Canned Hamburger Meat

Add some flavor to your gooseberries by infusing them with spices, trust me…you won’t be disappointed.

Give your pears an additional kick by adding some ginger. 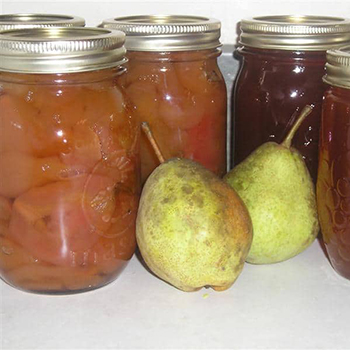 You’ll never need to worry about wasting tomatoes when you know how to make your own ketchup. 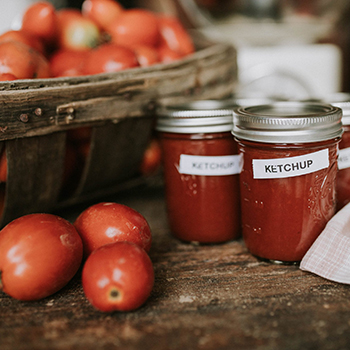 With this canned meatloaf recipe, you’ll always have a good hearty meal on standby. 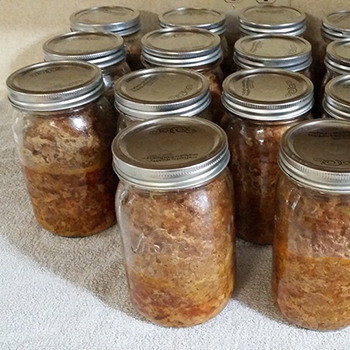 Enjoy your apple harvest no matter what time of the year it is with this Amish apple pie filling recipe.

It’s always good to have some coleslaw to hand, it goes well with any dish. 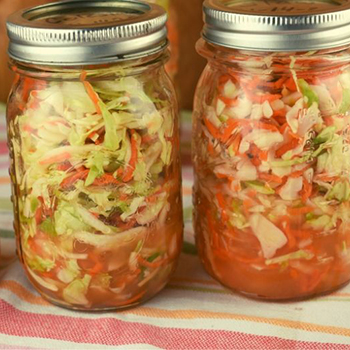 Not only is canning a great way to preserve food, you’ll always have a ready supply of meals available to you. These ten recipes are just the beginning of your canning journey… Bon appetite! 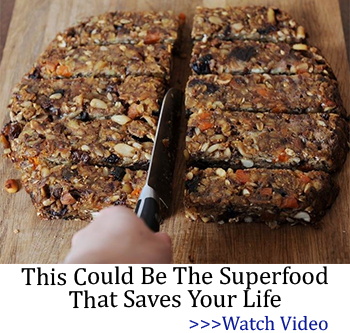 My Day As A Homesteader During Winter

Canning Mistakes Even The Most Advanced Homesteaders Make

How To Make Your Own Vertical Onion Planter