I’m growing older and much closer to the end than the beginning with an unknown amount of time left. I’ve tried to make the most of what time I’ve had on the planet. I’m too old to toot my own horn so I’m simply writing to pass on my story as motivation and encouragement for others.

As a younger guy close to 40 years ago, I was a sprinter for a local Pennsylvania track club. Then I moved to Maine where homesteading and self-reliance became my career of choice. I was always active so this move to Maine was just a continuation of physical activity. 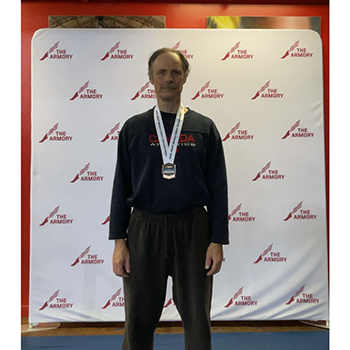 Then about 5 years ago, we made the transition from the wilderness of Saskatchewan to Nova Scotia to build our third and final homestead. Two years ago, I noted competition for those 55 plus and older. The competitive juices started to flow and I thought to myself, how hard could it be to get back into sprinting shape? Well, surprisingly hard!

Everything I do, I give it my best shot and this was no different. I surely did not want to show up on the track and get smoked by a pack of old guys. So I trained hard, limped for months, pulled my quad, and limped some more. Showed up at the track mostly healed with my quad taped up yet won my races. I was absolutely shocked!

Suffice it to say, I’ve paid a steep price to get into and maintain sprinting form. I’ve torn the quad, several hamstring muscles, and felt the sickening feeling of my calf muscle tear but I continue plugging along. Each injury took 2 to 8 months to heal. But the body is quite resilient and will heal. I now have a completely factory rebuilt right leg! I’m the Canadian Master’s indoor 60 and 200-meter champion and took a Bronze medal in the US Master’s Indoor National Championships.

I think it crazy and preposterous that as a result of a whim to run in a fun track event several years ago, I will now be running for Team Canada in the world masters Championships this summer. I sure didn’t see that coming.

So let’s get to the important stuff. I’d like to think this lifestyle of hard, satisfying work, coupled with clean air, fresh garden vegetables and healthy living put my body into a position where I could attempt this comeback.

It doesn’t hurt to be a bit goal-oriented and driven to succeed either. I’m in the 65-69 competitive age group and I can’t stress this enough… age is not a barrier to success! Don’t ever let anyone tell you you are too old to try something new. You have no idea what you can accomplish unless you actually give it a try.

This concept applies to whether you’re contemplating something competitive, a change of lifestyle perhaps oriented to self-reliance, or something as simple as walking around the block. Do something on a whim!

I’m happy to see so many of our readers and page followers involved with sports, competitive athletics, healthy living, nutrition, homesteading, and a more self-reliant lifestyle.

Maybe see you on the track for a race?