Catchy title huh? Glad you’re here! I’ve read many of the comments associated with our publisher’s posts over the last year and one theme in your comments caught my attention, the cost to live off grid and homestead. Evidently, there are a lot of folks out there who have the impression living off grid and homesteading are expensive endeavors. Something only the rich can afford. I’d like to address money regarding off grid homesteading, our philosophy regarding dollars and let me see if I can give explanations that make sense.

As I hope most of you know by now, Johanna and I have been doing this for over 41 years. It is hard for me to understand this notion that one needs a sack of money before considering going off grid. That couldn’t be further from the truth. It is not my intent to have you all quit your jobs and run for the woods but I’d at least like to arm you with some information and perhaps inspiration to get you scheming, thinking and planning for something geared towards self-reliance. 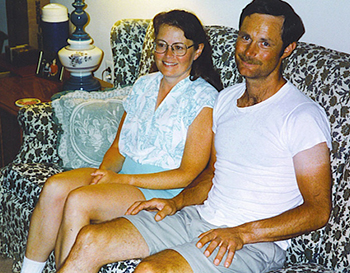 I was in my early 20’s when I decided homesteading was for me. I couldn’t imagine working a 9 to 5 job for the rest of my life. I thought about where I wanted to locate and purchased 120 acres of forestland in Maine. This was in the days before I teamed up with Johanna. The price was around $18,000. The term was 5 years. Unbeknownst to me, that woodlot would become a source of income for the next 20 years allowing us to scrape by while banking money at the same time.

I/we are no strangers to hard work and I had that property bought and paid for before the 5 years were up. This is a key point to our life’s philosophy and I have cut and pasted a blurb from my first book Off Grid and Free: My Path to the Wilderness.

“Finances were limited, and we hemmed and hawed at the decision to go into debt. Staying out of debt and owning everything outright has been our life’s mantra. If we needed to go into debt, we did whatever was necessary to get out of debt as fast as possible. By its very nature, debt is anti-freedom. What I mean by that is, as long as we were in debt to someone, we weren’t truly free. Owing money is an obligation we take seriously, and having to make loan payments alters every day decisions. Do we go away for the weekend, do we buy a new TV, and can we afford this or that were questions that always came into play as long as we were in debt. Never in our lives have Johanna and I been indebted to any bank for more than a few years. Freedom is making the last payment long before it was due.”

We were in agreement that our sole purpose and focus was getting out of debt and saving money while still enjoying and thriving with our new lifestyle. Living off grid does not translate to being unemployed. One can be self-employed or work part or full time and be an off-grid homesteader. In our first 20 years in Maine, we did all of the above. I logged and derived income from our woodlot while Johanna either worked part time/full time at a job or full time on the homestead. We worked from sun up to sun down seven days a week, week after week until we couldn’t go anymore, took a day off to recoup and repeated that cycle. It was a busy 20 years but we accepted the pain while we were young. Part of the plan was to push ourselves hard while we were young with the prize being we could take it easy and retire much younger. In other words shorter term pain for longer term gain. That plan worked since we essentially retired when we moved to the wilderness and set up a new homestead while we were in our early 40’s. 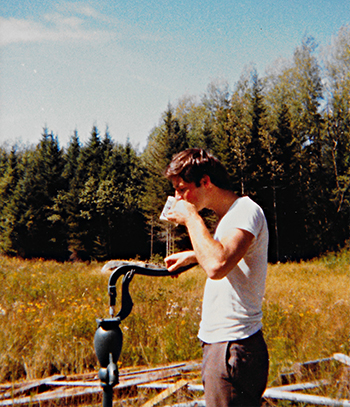 Let me dispel the idea that it takes lots of money to homestead and live off grid. For our first 20 years, we pumped water by hand and lugged it to a sink or the bathtub or to pots on the stove to heat it. That’s right, we had no running water. If we wanted a bath, we heated the water in pots on the stove and then dumped the hot water into the tub, mixing it with just the right amount of cold water so it was less than “scald”.

We had an outhouse and for lighting, we used kerosene lanterns for many years before graduating to a few DC lights. Our electrical system was simple. Car/marine batteries, a few small, low output solar panels and a regulator. For refrigeration, we didn’t have any for probably the first 13 years before we got a tiny RV fridge/freezer that fit under the kitchen counter which ran on propane. We used the winter’s cold when available to keep meat frozen and then in the spring, what meat was left was canned. Of course vegetables were either stored, used fresh or canned. Freezing vegetables from the garden was not an option in those days.

That’s a pretty simple, spartan life. And mighty cheap. For anybody who thinks living off grid must be expensive, nope, think again. It’s up to you to decide what quality of life you seek and how many bells and whistles you want for gadgets. You can start cheap and simple as we did and over time through hard work, frugal living and saving every cent gradually improve your quality of life by continually upgrading and adding as income improves.

Getting Started is Still The Most Important Step

The transition from a normal grid tied lifestyle to an off grid homesteading lifestyle doesn’t have to be all or nothing. The process can be done gradually over time. Build a structure you can afford initially with the thought that it can be added to in the future. If you can only afford 2 solar panels to start with buy the electronics sized appropriately so more panels can be added at a future date. You will make do for now with what you have. Or will you spend the bulk of your life dreaming and saving for a castle in the woods when an underpowered, simple cabin will get you on your way?

The advantages to this process were enormous. It allowed us to start small with a cost we could afford which wasn’t much. It forced us to be creative with problem solving, learn the basics of gardening, construction, food preservation and a myriad of other skills. It gave us the opportunity to save money. We had no choice but to be frugal and question every dollar we spent. Money was tight. And it gave us tremendous appreciation for the improvements when we were able to afford something better. The skills and knowledge we garnered from our early days of frugal homesteading are still stored upstairs in the cranium available if technology goes down the tubes. We’ll survive just fine.

Another cornerstone of our philosophy is to do everything ourselves. I built our 3 homesteads. I have no idea how much money we’ve saved doing all the labor but it was substantial. For example, when we started our new homestead here in Nova Scotia in our early 60’s, could we have taken out a mortgage and paid a construction company to build our homestead? Sure. 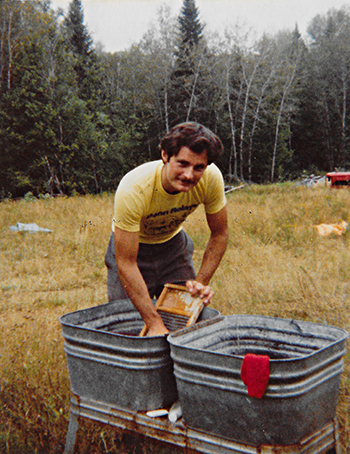 Instead, we opted to live in a tent for the first year (just like we did building our homestead in the wilderness) while I got a building envelope up, got some heat set up, some running water going and over the course of 4 years, completed the project so we now have a lovely homestead. We saved an enormous amount of money on labor costs. Doing it this way is not for everybody but for us, we figure why pay someone to do the work we are quite capable of doing.

Don’t let any of this stuff daunt you. I was an electronics tech turned homesteader. I went from using a plastic toy hammer as a child directly to a big boys hammer when I moved to Maine, with no nail pounding experience beforehand. When I moved to Maine, I made the decision I was going to build my house and I set about reading all I could about how to do it. No way could I afford to pay a contractor to build my house. You can learn this stuff too!

I had never planted a seed, canned a kettle of tomatoes, talked to a chicken, cured ham and bacon, planted a fruit tree, held a chainsaw, threshed grain or experienced anything remotely associated with homesteading before I moved to Maine. We sure made our share of mistakes along the way and we share some of that stuff in our new book The Self-sufficient Backyard: For the Independent Homesteader. You can learn this stuff too!

You can do this. Land is still cheap in the right locations. It may require some digging around and some time but it can be found. Don’t be afraid to make an offer on a place you like with cogent arguments on why it is a little higher priced than you wish to spend. You may be surprised that the offer is taken and you are off and running.

Johanna and I encourage you to set goals, work towards those goals and don’t let anybody tell you you can’t do it. Don’t be a dreamer. Be a doer. If you think this is the right lifestyle for you… find a way to make it happen! If you take to heart the above points and implement them, the endeavor does not have to be expensive. You will be successful! 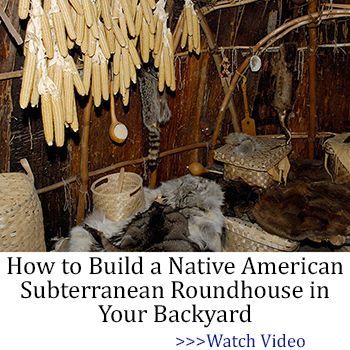 An Ingenious Method for Building a Well (Video)

Cheap Recipes To Keep You Well Fed In The Next Crisis