So, you’ve decided you want to raise goats or sheep, but you’re a little confused about which direction to take. Well, to start you’re on the right path, because they’re great animals to raise, and provide a healthy source of wool, meat, and milk. You can also raise them for the purpose of cleaning fields of vegetation and brush. But just in case you decide you want to raise both of them, that’s perfectly okay too because biologically, they’ve got a lot in common. You can’t go wrong with goats or sheep, but here is some helpful information about how to raise them together.

What is the Difference Between Goats and Sheep?

Goats and sheep come from the Caprinae family, which is why they look alike. But despite their resemblance, they are very different animals, here’s why:

How They Look For Food 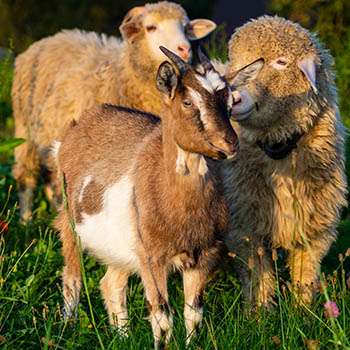 Goats browse for their food, they search for shrubs, vines, twigs, and leaves. They are agile creatures, so this allows them to get into the right positions to look for what they want. Sheep, on the other hand, are grazers, they slowly walk around eating the plants that are closest to the ground.

Because they look alike, some people find it difficult to tell them apart. But when it comes to their appearance, the difference is in their tails. A sheep’s tail is on the longer side and hangs down. A goat’s tail is short and points upwards.

Not all goats have beards, but some of them do. Sheep don’t have beards, some of them have manes. Another distinctive feature about their mouth area is that the sheep’s upper lip is divided by a very obvious philtrum, goats do not have this feature.

Sheep’s hair grows thick and woolly, and it needs shearing at least once a year. Goat’s hair is a lot thinner, and it doesn’t need cutting.

Goats are very independent and curious, they enjoy roaming around alone, and will often get themselves into trouble. Sheep are very different in this regard, they enjoy being with the herd, and following their shepherd. They find it very difficult to be alone.

Sheep meat is typically referred to as lamb or mutton; therefore, I will refer to it as such in this section. The main difference between lamb and goat meat is the amount of fat they contain. Goat is the leaner cut because it contains 3 grams of fat per 100 grams of meat. The downside of this is that it’s a lot tougher than lamb. However, the tougher taste makes it perfect for smoking, roasting, braising, and slow cook methods. Lamb is higher in polyunsaturated fats, monounsaturated fats, and saturated fats. At 27 grams, goat’s meat contains slightly more protein, with lamb containing 25 grams. However, when it comes to vitamins, lamb takes the lead; it is a rich source of vitamin K, vitamin B12, vitamin B3, vitamin B1, vitamin B6, and vitamin D. Goat has a higher mineral content containing plenty of magnesium, phosphorous, zinc, copper, potassium and iron. Lamb contains less sodium, but it has more magnesium than a goat.

Basically, whether one is healthier than the other depends on what you’re looking for in terms of nutrition. But in general, experts agree that goat is healthier because it is lower in fat. 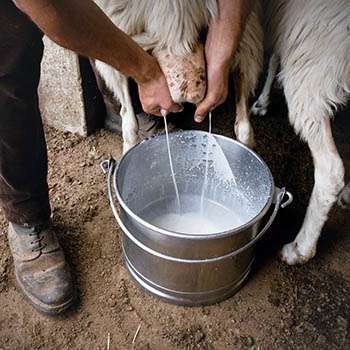 Research suggests that sheep milk is healthier than goat milk for several reasons. Here are some of them:

Can’t Decide? What Does it Take to Raise Them Together?

As mentioned, sheep and goats have very different eating habits which means you can let them graze in the same pasture because they won’t be competing for food. But, you will need to make sure they get enough nutrients, and this means as well as quality hay, you will need to give them supplements. The main difference in their mineral intake is goats need a supplement containing copper, but too much copper can kill sheep. So even though they can feed in the same pasture, you will need to keep them separate. Here are some of the best foods for goats:

Here are some of the best foods for sheep

If waste does not want not is the motto around your homestead, you might want to change it if you’re planning on raising goats and sheep! As mentioned, goats like to browse, there is a bit of a misconception that they’re picky eaters and won’t eat anything, but that’s not entirely true. So let’s start with the foods you should keep away from your goats and sheep:

Now, let’s talk about plants; some of the most common plants used on farms are harmful to goats. Namely, lupines, larkspur, and boxwood. When eaten in large amounts, these plants can damage their intestines. You should also be careful with your oak trees; red, black, and yellow oak trees have got green leaves that are high in tannins, these biomolecules can cause liver and kidney damage if consumed in large amounts. You should also be mindful of green leaves falling into water sources because tannins can bleed into the water.

Clutter is dangerous for sheep so be sure to keep your barn free from the trash. The string that holds hay together is especially bad for them, make sure they are disposed of properly. You should also make sure you get rid of things like plastic bags, feed bags, and other small objects that bored sheep might decide to chew on. Alfalfa hay is quite a popular feed, but what isn’t typically known is that it contains too much calcium ad protein for sheep. Feeding them large amounts of alfalfa can cause kidney stones, urinary blockage, and obesity. Additionally, you should never feed sheep the following foods:

Keep your sheep away from weeds such as oleander, rhododendrons, foxglove, cape wood, bracken, and ragwort. Unless you know exactly what plants you have in your garden, throwing clippings over the fence for sheep to eat is not a good idea. 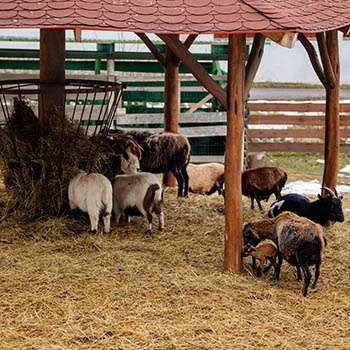 You will need strong fencing, and suitable shelter to keep your goats and sheep safe. Remember, goats are a bit on the naughty side, they like their independence and they’re nosey! They want to see what’s going on in their environment, and they’ll most likely attempt to climb over the fence to go on an excursion. You won’t have this problem with sheep, they’re a lot more respectful of the barriers placed around them. Not only do you need to ensure the fencing is strong enough to prevent the goats from escaping, but it also needs to be strong enough to keep predators out. Stay away from barbed wire fencing, net wire or woven fencing is more suitable.

In general, one acre of pasture is enough to keep a small group of sheep and goats. If you don’t have any pasture, you will need to keep them inside a pen. Like fencing, sheep and goats need shelter for different reasons. Sheep need protection from the sun, so shelter is important during the summer months. But goats don’t like the cold or the rain and will need shelter during the winter months.

When goats and sheep breed together their offspring are referred to as “geeps.” Since goats and sheep are completely different species, this mating is unnatural and geeps are typically infertile, or they die at birth. Therefore, it is advised that you keep the rams and bucks separated from the herd, this is even more important during the breeding season.

As you’ve read, it’s possible to raise goats and sheep together, just make sure their nutritional needs are met, that males and females are kept separately, and they’re adequately housed. As long as they get what they need, sheep and goats will thrive in the right environment. 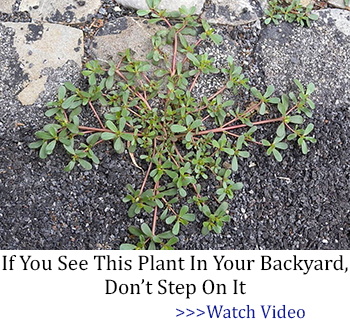