Chicken Secrets Nobody Told You About

Raising chickens is every homesteader’s dream. Not only do they provide meat and eggs all year round, but they’re also very interesting creatures and extremely fun to raise. As the days go by, your chickens will educate you about who they really are, and you’ll be surprised at some of their antics. So that you’re not caught off guard, we’ve compiled a list of chicken secrets no one tells you about, keep reading to find out what they are. 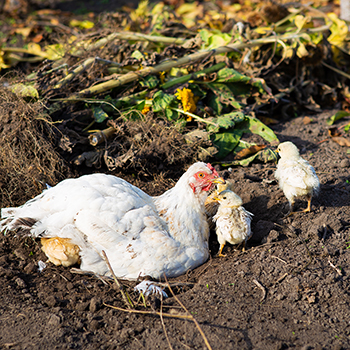 I am sorry to be the bearer of bad news, but free-range chickens will destroy your property if you let them. If you’ve got a beautifully landscaped garden, it won’t look like that for very long! Chickens are natural diggers and scratchers because that’s how they look for food. And if they’ve got access to your garden, that’s where all their digging and scratching will take place. They also love to sink their beaks into your fruits, vegetables, and decorative plants. Chickens will dig the soil out of your neatly potted plants, and kick mulch out of your gracefully trimmed gardens. So not only will you need to predator-proof your garden, you’ll also need to chicken-proof your garden!

Hens Will Crowd Into the Same Nesting Box

Don’t waste your money on multiple nest boxes, because your hens will all pile into one. This is because they like laying eggs where others have laid, apparently, it helps with their brooding when a nest already has eggs laid in it.

Some chicken owners get worried when they see their hens with bald spots on their chests. But it’s natural brooding behavior; brooding chickens make a bald spot on their chest by plucking their feathers out. This allows her moist, warm breast to make direct contact with her eggs.

Chicken Predators Will Catch You Off Guard

Never underestimate the intelligence of a chicken predator. When they are hungry, they will find a way to munch on your chicks by any means necessary. Even if you think you’ve done enough to make your homestead safe, I would advise you to stay on your guard at all times. Most predators are not looking at the chickens, evolution has taught them that it’s their owners who do the protecting. So they’re just waiting for you to slip up so they can grab and go.

Chickens Will Eat Anything 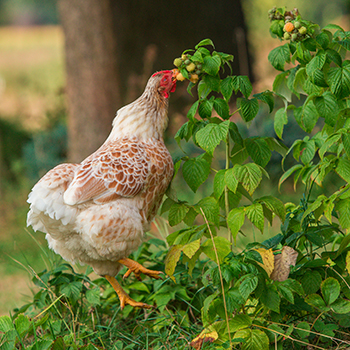 Make sure you keep non-edible items away from your chickens because they’ll either eat them, or they’ll try to eat them. Chickens are very curious, and they like food, so they’re constantly checking to see if random items are edible. Chickens are known to peck at glass, nails, plastic, styrofoam, and each other’s toes!

Chickens Get Themselves Into Trouble

You may have heard that chickens are very intelligent birds, which is true. Although they have a brain the size of a cashew nut, chickens know their names, they can tell the difference between their owners and strangers. They have the mental capacity to recognize up to 100 faces, and they keep track of everyone who’s been nice to them. But they can also be surprisingly stupid, chickens have a terrible habit of endangering their own lives. One of the main reasons for this is that most of the time, they act on instincts, and they don’t think things through. For example, if you ever come outside to find a dead chicken or missing chickens, that’s because when they get hungry, they will eat anything even if it’s poisonous or they know that they won’t be able to digest it. Or they’ll find a way to jump over a fence without thinking about how to get back to their living quarters. A classic chicken maneuver is getting stuck in a space that’s too small for them. You will often find your chickens struggling to fit through a hole in a piece of wood!

Chickens Have Got a Mean Streak 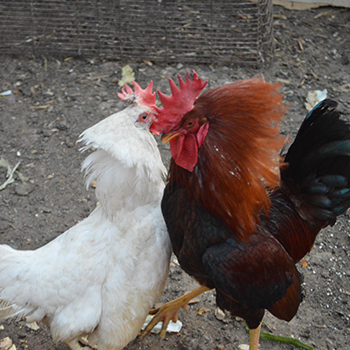 Although chickens can be really sweet and loveable, they are also extremely mean. Like most new chicken owners, you were probably warned about the chicken pecking order, or you read about it while doing your research. However, what you are told or what you read is never how it turns out. Their behavior gets much worse than hens giving each other minor pecks to assert their authority. It can get to a point where the hens feel they need to keep bullying the lower-ranking hens to keep them in their place. The victims can get seriously injured and end up depressed because they are living in a toxic environment fuelled by fear.

Roosters are very aggressive while mating, they jump on the hen’s back and pull on the hen’s neck. The hens get very distressed during this time, their feathers get ripped out, and they end up with cuts and bruises all over their body. To make matters worse, roosters have favorites, and they don’t deviate from them. So these hens are forced to go through this pain until one of them dies.

Finally, roosters are not afraid to attack humans, and they will strike when you are least expecting it. They might be small, but their pecks are not for the faint-hearted.

Chickens Have Got Exceptional Eyesight

Chickens have spectacular eyesight, since their eyes are on the side of their head, they’ve got 300-degree vision. They can see a lot more colors and shades than humans because they’re tetrachromatic, which means they have the ability to see ultraviolet light, green, blue, and red light. Additionally, their eyes are very sensitive, giving them the dexterity to see minuscule light fluctuations that humans can’t see. Nevertheless, they can’t see during the night which is why they make their way to their coops as soon as the sun sets.

Chickens Speak to Each Other

If you ever get a feeling that people are talking about you, it’s probably your chickens! Just kidding…but they do have their own language, and they do speak to each other. The chicken communication system is highly sophisticated. They have 30 different sounds, and they all mean something specific. Human studies have translated some of these calls to mean the following: “There is food over here.” “I’ve laid an egg,” and, “Be careful, there’s a predator over there.” Hens also communicate with their chicks while they are still in the egg, and the chicks respond.

Chickens are fascinating creatures, and there’s so much more to them than meat and eggs. You’ll have a wonderful time raising them because, in my opinion, the good outweighs the bad. Some people are put off by some of their wayward habits, but you’ll quickly learn to manage them and accept your delightful chickens for who they are.

39 Items You Can Compost 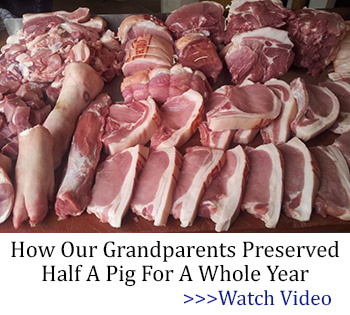 Why You Should Raise Ducks Instead Of Chickens

How To Make A Water Pump In Your Backyard