How To Prepare Your House In Case Of An Emergency

Though we hope that harm never comes knocking, it is a common experience to have a home burglarized or scoped out by burglars to see what treasures a property may have hidden within it. In this article, we’ll take a look at a few ways you can keep your home and your belongings safe.

Many people have a skewed view of what makes their house a target vs what really does. Burglars, generally speaking, are looking for a quick and easy in and out. The fact that your back porch light does not work is something most burglars will never even bother to check. Sure, it might make being seen less likely, but if no one uses that entrance it is going to make them stand out even more.

You have to look at your home from the point of view of a burglar. Low windows without curtains, a lack of a garage or a carport, and conversations you have while outside about a messed-up door lock and how you’re going to fix it this weekend; are the things that invite burglars directly into your home.

Burglars are people just like the rest of us and few of us want to work harder than we have to, right? This goes for them, too. While no one appreciates having their stuff stolen or the unease of

having their home broken into, it remains a fact that this is rarely done as an act of terrorism or aggression directly toward the homeowner. These burglars are mostly just breaking in because they saw a big television box in your trash and now they know that you have one even if it’s hidden within the home’s interior.

They also don’t want to have to deal with anything large, heavy, or hard to sell. Most burglars either drop off stolen property at pawn shops, yard sales, or flea markets to make a quick buck. Then they head right back out and try to find more loot to steal so they can keep the money train rolling.

Related: How To Make A Pressure Sensor Pad To Know When You Have An Intruder On Your Property

Keep your curtains closed and have a glass break-inclusive alarm system if at all possible. Simply adding an alarm system and having a sign out in your yard telling the world that you have one is often enough to deter burglars. The noise, the possibility of it summoning the police or angry neighbors, and so forth is more than it is worth dealing with.

Also, your pet dog isn’t going to keep the property safe. Yes, even if the dog is vicious. A burglar has no problem with shooting your pet or leaving the door open so the dog runs off of its own free will. Dogs that are trained in protection work may cause burglars to pause, but probably not. Teenagers who break and enter probably won’t want to mess with dogs, but we’re talking about adults who are burglarizing professionally. Not kids.

Make certain that you hide and dismember boxes advertising large purchases. Laptops, televisions, even high-dollar appliances or things that are difficult to find while supply chains are still rickety are all risky acquisitions. These boxes should be torn apart and placed in dark plastic garbage bags to avoid people seeing what’s in them or what they are.

Most of all, burglars prefer to hit a home when everyone is away. If there is always a car in the driveway or a light on in a room of the house, you are already less likely to be hit than anyone who does not adhere to these prevention tips. Why? People are terrifying. People kill other people.

No burglar wants to risk their skin for your new laptop.

Your first line of defense is never even letting a burglar consider breaking in in the first place!

Trim bushes so windows and doors are not covered. Keep your lawn maintained (if you have one) so that it appears that someone is always home and able-bodied enough to deal with both the lawn and the burglar’s knees. If the light is broken, try to fix it as soon as you can and, ideally, left on all night to illuminate potential entry areas for burglars. These include doors, windows, and gates.

Fences should be maintained as best you can and gates should be locked with either a padlock or a combination lock. Chains may not hold up for very long against a pair of bolt cutters, but investing in the thickest chains you can buy means it will take them longer to get through the gate.

This does not count if your gate is easy to hop or climb. Small or short gates can easily have the tops wrapped in barbed wire for both a low cost and a way to prevent people from putting their hand on the top bar of the gate and trying to push themselves over. Additionally, you can also plug an electric fence charger up to the fence wire itself. The zap won’t kill someone, but it is exceedingly unpleasant and quite a deterrent. Just remember to unplug it before you touch it.

Trailers are one of the most easily stolen pieces of property. We often store them outside and there is little that you can do to make the immobile. Our suggestion? Take a wheel off and slide a cinder block underneath that side or go ahead and put a boot on your own trailer. As stated above, chains are great but they can be broken or sawed through. We recommend going all out.

Cars can also be indicators of when you are home and when you aren’t. In an ideal world, you have a garage that closes so burglars cannot see in to guess when you are or are not there. If you don’t, try to do as we suggested above: have a vehicle in the driveway at all times. This may not be possible if you live alone, but those who do not live alone should do their best to make sure someone is home most of the time. It makes your house a harder target.

Last but not least, we come to pets. Do not tell the world if you have an expensive animal or plant on your property; this just makes you a target. Perhaps your dog is worth $30,000 because it is a grand champion. That is wonderful, but people will try to steal your pet and sell it for $5,000 on Craigslist. If you can, keep your pets’ location a mystery. Don’t invite strangers over to meet animals they intend to adopt from you, should your dog have puppies or the suchlike.

If you’re wary of the general public, they will be wary of you. And today, this is the only way to keep yourself and your home safe. All the best. 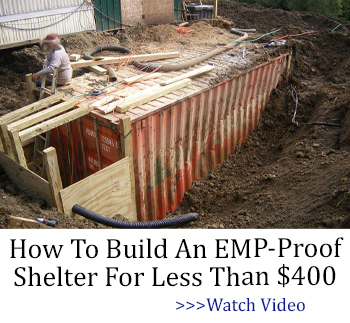 How To Restore A Cast Iron You Bought At Garage Sales