What can you do if you want to grow healthy and delicious tomatoes? You might have heard of burying a fish head underneath the plant. But then again, you have two sides of the coin to deal with: some fervently recommend it, while others are highly vocal against it.

We did this project to see if there’s some truth to it, if the tomatoes grow better with a fish head under the plant.

The rationale of this project is simple: to find out whether burying a fish head under a tomato plant significantly improves its growth. Then, eating better tomatoes if this works.

For this, I have planted four tomatoes: two with fish heads underneath them and two plants without. I did this to make it easier to observe the difference and gather the evidence.

Tomato seedlings, ample space within your garden, some plant fences, some sleeper wood or other similar materials.

While you can also choose to grow the tomatoes from seed, we don’t recommend it since it increases the risks of failure. Better plant the seeds in trays or cell packs first, then transplant them later.

When selecting your garden plot, choose a clean spot that is already cultivated, preferably a garden bed that is fully rested with nothing growing in it for the last six months.

As for the space, you need to have enough so you could plant the tomatoes at least three feet apart from each other. 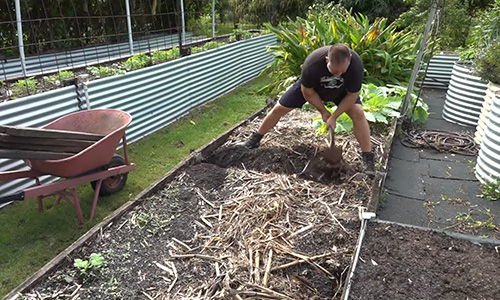 Once you have selected the space, it is now time to prepare it.

Divide the garden bed in half by burying a couple pieces of sleeper wood or other similar materials (plywood, sheets of plastic or metal, etc.) This way, the roots of the fish head tomatoes will not encroach on the no fish head tomatoes’ roots and the other way around.

This will cause clearer results as the nutrients or the lack of thereof will only be limited to the tomato plants within their confined space. 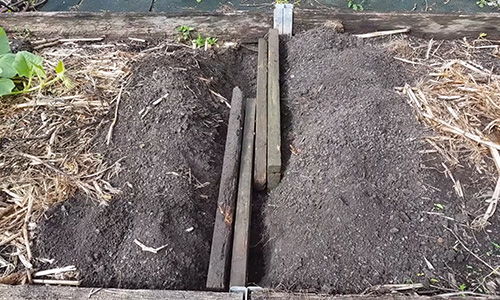 Dig four holes: two holes on each side of the wood or material separating the garden bed. Normally, you’d want to follow the recommended distance of 18-24 inches for the ideal growth of the seedlings.

Here, however, we separated the holes on the same side about one meter from each other and about 6 inches away from the wooden partition.

On one side of the wall, we buried two fish heads: one on each hole, while digging a couple of inches deeper to make up for the lost depth. 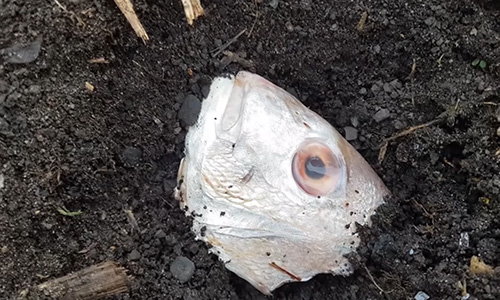 After all the preparation in the garden bed is done, it is now time to plant the tomatoes.

Gently, plant the tomato seedlings on all four holes that you’ve dug and fill the hole with soil and gently pack the dirt around the stem with your hands.

For this experiment, we opted to use extra Scorpio tomatoes that are growing around, but you are free to try it with other varieties as well.

We found it is best to leave as tiny gap as possible between the fish head and the base of the seedlings to ensure that the roots will grow around, and hopefully, through the fish head.

Be sure not to add any fertilizers on all plants so you can really observe the difference (for this experiment). 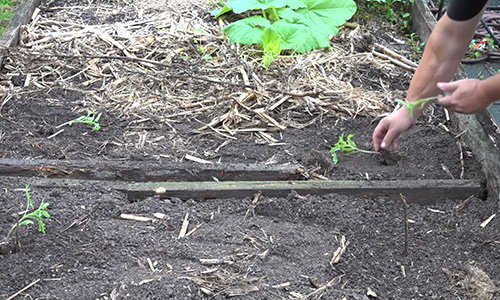 That being said, you still need adequate care and maintenance to ensure the growth of your tomatoes.

Immediately after planting the seedlings, we immediately put up a barrier around the tomatoes to avert any animals or pests from digging up the fish heads or disturbing the plants.

Tomatoes need at least 1 or 2 inches of water per week. To stimulate a healthy root system, avoid watering frequently and lightly, but rather opt to water infrequently but deeply.

Another thing to keep in mind is that you have to prune regularly and observe the correct growing practices of the tomato variety that you have chosen.

Related: How to Adjust the pH in Soil and Water for Abundant Harvests 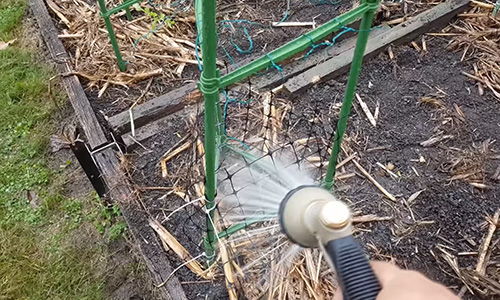 Here are the results of the experiments as we have observed. If you decide to follow suit, you may expect the same thing. However, the outcome will still rely on the soil type, your gardening skills, and the weather. 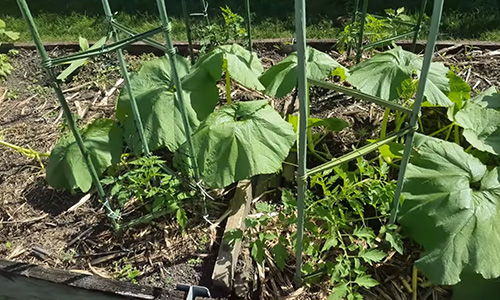 The plants without the fish heads are still noticeably outperforming the ones with the fish heads in terms of overall growth. However, the gap wasn’t exactly that big. One reason that may have caused this is that the fish head might have impeded the growth and development of roots. 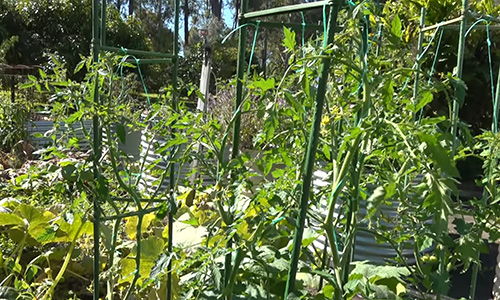 We started seeing fruits just a little over two months and we could say the same thing about the fruits. The ones without the fish head had the ripe fruits first, but the plants on the other side were just close behind. 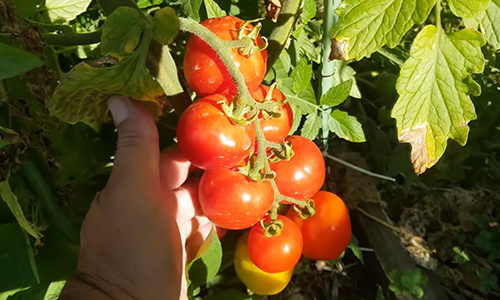 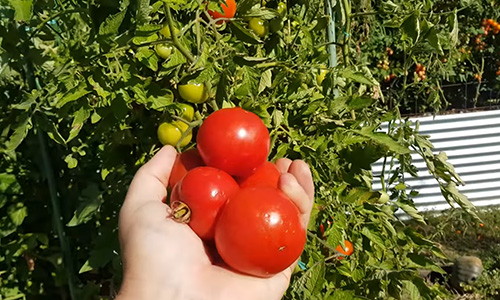 Here’s when the fish head tomatoes are finally pulling ahead. The pair planted on plain soil were now on the decline and practically stopped producing new fruits, whereas the ones with the fish heads are still growing new foliage and bearing new fruits. 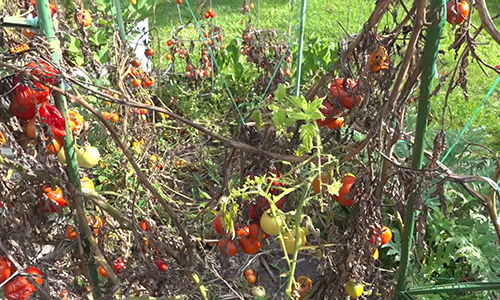 Related: How To Make Your Own Vertical Onion Planter

After patiently doing the experiment and consuming a few gallons of tomato soup, we can confidently conclude that burying a fish head before planting tomatoes definitely works.

After starting out slow, the fish had tomatoes quickly caught up to its counterparts and outperformed them in so many levels. By doing this method, you can expect a healthier plant, better foliage growth, longer lifespan, and more yield from your tomatoes. 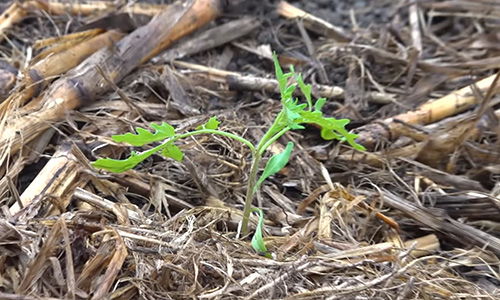 However, the results would still rely on variables such as weather, the time and commitment you devote to growing your tomatoes, and the soil that you have in your garden.

To further increase its effectiveness, we highly recommend combining this method with fertilizers and other adequate gardening practices.

Mark Valencia retired from the Australian Army in 2008 after 21 years of service, and now he writes articles on his blog.

This topic first appeared on Mark’s YouTube Channel, where he is now enjoying the opportunity to communicate this passion. It’s also about lifestyle and self-fulfillment by looking after our health (physical/mental) through exercise and “slowing life down a little.” 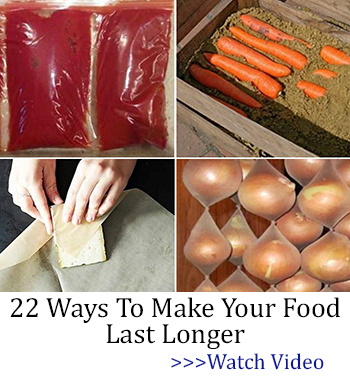 If You See These Eggs In Your Backyard, Burn Them Immediately