If You See These Bugs In Your Garden, Get Rid Of Them Immediately!

Ever met irritating little bugs that seem to be in love with your zucchini, pumpkin, or… squash plants?

Yeah, that’s right. Your squash plants. All varieties of them. Congratulations, you’ve got one of the most hated bugs in the gardening world. The squash bug will eat anything in the cucurbit family with gusto and may even decide to travel on to plants such as beans and melons in desperation. Bluntly, can it get its chompers into the flesh of the plant? It’s interesting in it. And this is about to be all-out warfare to protect your garden from that bug’s endless hunger.

War is heck. Let’s prepare you for it.

What Exactly Is This Bug After? 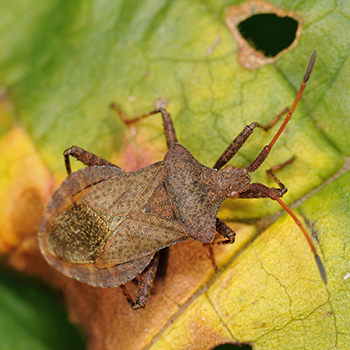 The same thing everyone else is; life, liberty, and the pursuit of happiness. It wants to raise a trillion babies all over your precious plants and completely ruin your crop. Squash bugs love to destroy blossoms, too, though they generally tend to avoid nightshade plants (and let’s be honest; if they don’t? You won’t have to worry about them very long!). They’re most likely to be found just as your cucurbit plants are producing or as your produce is ripening on the vine.

Even worse, they seem to love the heat. The hotter, the better. In fact, you’ll even find these guys inside your house during the winter! What freeloaders! First, they steal your products, now they’re after a cozy winter getaway indoors. Fah.

The squash bug is extremely prolific and will have your plants completely destroyed in no time if you don’t act fast. The worst part is that if you’re already seeing a few of them, you’re probably in a lot of trouble.

How Do I Destroy Its Dreams Before It Destroys Mine?

Well, unfortunately, plants aren’t particularly fireproof… yet. We’re still working on that one.

Get your gloves and some knee pads. You’re going in.

The squash bug lays a tiny, oval, copper-colored egg near the crown of the plant it’s munching on. Remove these with the edge of a plastic spoon and collect them in a cup. When you finish, either put the cup in your burn pile and burn it immediately or throw them down your garbage disposal and blitz them to kingdom come.

You’ll need to do this weekly throughout the season to prevent reinfestation. If you find that you’re not seeing squash bugs anymore, keep looking for their eggs. In almost all cases, you will not see squash bugs on your plants until they are already destroying your crops.

Related: How To Get Rid Of Tomato Hornworms Before They Destroy Your Tomato Plants

As for the adults, you’ll be picking them off one at a time and tossing them in a large, plastic cup of 1 part Dawn dish soap to 10 parts water; just foamy enough for the bubbles to stop the bugs from

getting out. It feels cruel to drown living creatures and it is, but it’s the fastest way to kill these bugs since almost all bug sprays only cause them a great deal of discomfort rather than killing them. That includes Sevin dust, vinegar, neem oil, and everything else you’ve heard of. There is no good product on the market that can penetrate their extremely thick exoskeleton and most products simply hurt them or slow them down a lot (or potentially poison predators that pick them off; the few that eat them).

If you want it to be faster for them, do what I do and skip the water trick altogether. I get an electric fly swatter and drop them directly onto the current. It zaps them and kills them instantly, but it’s still incredibly labor-intensive work, and expect to get zapped a couple of times yourself. I always do.

Related: How To Attract Toads and Frogs to Your Garden (And Why You Should Do It)

For long-term care of your garden, remove all squash vines, leaves, and anything else squash-related at the end of the growing season and TORCH. IT. Put it to flame. Burn it until it is cinders. You leave squash bugs without a potential home for the winter and they’ll do one of two things: come into your home (where you can eliminate them) or leave your property to go pester other gardeners.

Oh No, There’s Another One

It happens. Squash bugs are almost impossible to get rid of entirely once they decide to show up and try to take over. Be diligent. Keep after them. Eventually, you will get rid of them or at least keep them under control enough that you won’t have to worry about them.

A quick word about sacrifice gardens. Some people grow sacrifice gardens in the hopes that they can put unwanted pests (including squash bugs) in this single area and allow them to do what nature intends: eat produce, reproduce, and keep on doing their thing.

While the idea is kind and often works with rabbits, deer, birds, and some types of insects, that is not the case when it comes to squash bugs. They don’t care if you’re trying to work with them and they can move an unholy distance overnight. When you remove a squash bug from your prized tiger zucchini over to a bunch of fordhook that you’ve grown especially for them, they will destroy the fordhook they move right back in.

Death is a part of nature. We watch our seeds grow in the spring and die in the fall. We know this but we don’t like it; we don’t want to hurt the little bugs who are just hungry and don’t understand that they are depriving us of food.

So, here’s my suggestion: if you’re uncomfortable with killing squash bugs, grow a variety of squash that is very hard (“winter” types such as butternut or spaghetti). The squash bugs may chew on your vines here and there, but they almost always cannot penetrate the actual product that you are trying to grow.

You can also try growing on trellises as most squash bugs do not want to climb that far for your products; they prefer to be closer to the ground.

Tell me in the comments below what you’ve resorted to in your war against squash bugs! 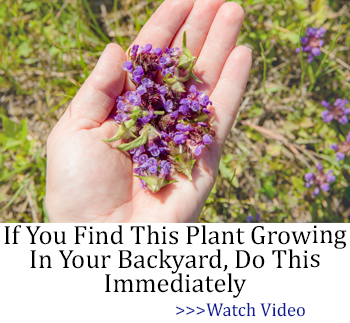 This Bug Will Kill Most Americans During The Next Crisis (Video)

Dangerous Insects That Are Actually Good For Your Garden

Mosquito and Fly Repellent Plants You Need To Grow For Summer