How To Make Your Knife As Sharp As The Devil Himself

Though I have never been or never desire to be a killer much of my life’s success was predicated on keeping a set of razor sharp knifes. Again, I am not an assassin but I was a chef for many years. On the hot line and in food preparation it is of the utmost importance that you have a properly sharpened tool to do the job. When a day’s work consists of filleting whole salmon and slicing herbs so fine they are hardly recognizable these blades become the most important part of your success.

This is no difference in a survival situation. The blade is by far the most important tool in your kit. I would argue its only rival would be a powerful water filter. Still, with a knife you can create a filter from various materials yet with a water filter you cannot create a knife. Let’s move on.

In order to sharpen any blade you are going to need something that will work the edges of the blade back to a sharpened edge. The wet stone provides you with a smooth surface that will slowly wear down each side of the blade until your edge is sharpened.

When buying a water stone (must be kept 40 min in water before), look for a large one, at least 2.5 inches wide by 8 inches long, and an inch in thickness. I recommend keeping two stones in your kit. One with a medium grit (around 800 or so) to perform major sharpening jobs, and one with a fine grit (at least 2,000) to tune the edge to a razor-sharp finish. 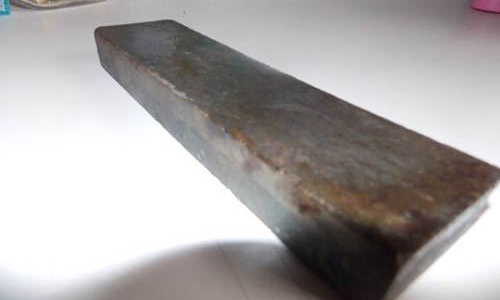 The honing steel a powerful tool that with align and hone the blade on a knife. In many cases knife that is not performing well can be brought back to life with several swipes on a honing steel rather than shaving away at the metal to create a new blade.

A tool that is used more often in kitchens it’s a powerful and effective means to keeping a strong blade. 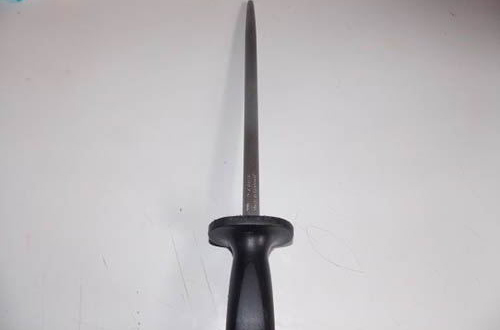 Your first step is getting an idea about what your blade needs. When I am going to sharpen a blade I first take a look at the knife as a whole to decide how it will best be held, what is the shape of the blade and how best to attack the problem.

Some blades curve some blades are more flat and all of this will dictate how you sharpen the blade. You will need to make sure that your movements on the stone touch each part of the blade. If you aren’t careful you could wind up with a blade that is razor sharp at one end and dull at the other. 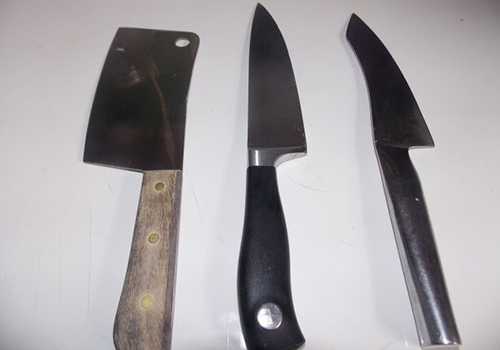 Lay out a towel or something that will hold stone in place so it doesn’t shift as you begin to run the knife blade across it.

Now before we even start to sharpen a blade I run it across the sharpening steel in a descending manner on both sides. Hold the knife at a 45 degree angle to the blade. I start with 3 swipes on each side of the blade and decrease down to 2 and then finally one swipe on each side. From doing this you will either find the blade has been realigned and is much sharper or its still dull. If your knife doesn’t spring back to life than its time to sharpen it. 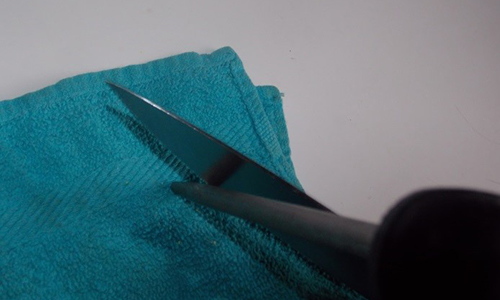 Run the blade across the stone in a perpendicular direction to the stone itself. Start with the widest part of the blade and work your way up to the point sliding forward and sliding back.

The first factor effecting edge sharpness is the angle it is sharpened. The lower the angle, the sharper the blade becomes.

However, the lower the angle, the weaker the edge becomes. A 22.5° should be perfect in most cases (see picture). But when choosing the angle you may take into consideration the hardness of the steel. 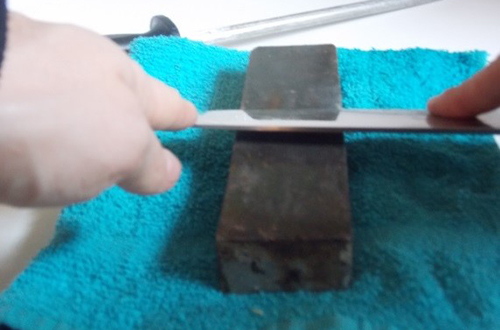 After three trips up and back on the stone it is time to do the other side. Leaving the stone stationery you need to flip your knife over keeping the blade facing away from you. And continue with the same method.

At this point use the honing steel with the method used above before sharpening the blade.

If the blade is razor sharp than you are good to go! If its still dull repeat steps 6 and 7 until your blade is fully sharpened.

If you are dealing with a blade that is well worn you may need to utilize another method first before taking the gentle approach. This is a tactic I learned from a Belgian chef. I had an old chef knife that followed me through several endeavors and it had been worn down pretty well.

This chef ran the knife blade parallel with the stone and did so about 20-25 hard strokes on each side before checking the blade and going back. This old man literally created a new blade on my knife using the stone and I was very impressed. Now it didn’t look pretty but that knife was brought back to life and I still use it some 10 years later.

Sometimes it helps to cover the edge with permanent marker so you can see where you’re removing steel. Here you can see that you’re holding too high of an angle to match the angle already on the knife. Notice the marker is removed from the edge but not the top of the secondary edge. Lower your angle slightly and check again. The opposite problem: too shallow of an angle. 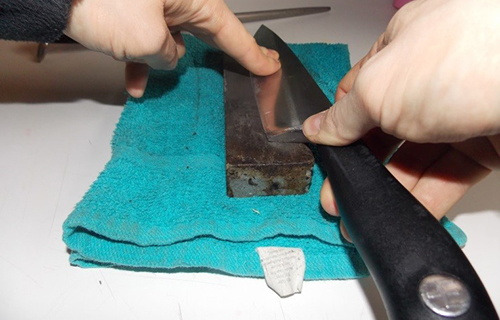 The final tool in the sharpening process is the leather. You can use a plain old leather belt. Basically you’re going to be doing the same thing barbers used to do with the razors.

The leather polishes those little microscopic teeth off, so you end up with an edge just like glass.

The angle does not matter that much as long as you use pressure, because the leather is really slick.

Notice that you are not dragging the edge across the leather as before… that would probably cut your belt up. 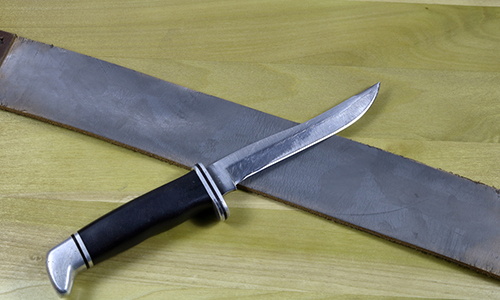 How to Test Your Knife’s Sharpness

First of all “normal sharp” depends on the use of a tool. Normal sharp:

But a Survival Knife has to pass all these tests.

If you really want to test your survival knife, you have to get down to fine-tuned levels of sharpness. And here are two tests you can use: 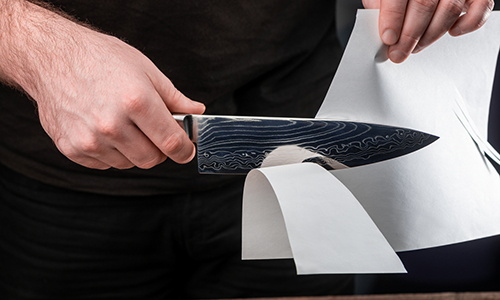 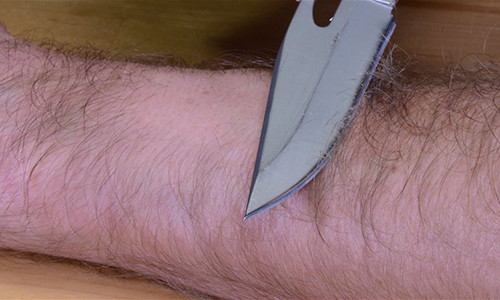 Moreover, I beg you to invest in a honing steel and utilize this powerful tool before rushing right into sharpening an edge. I have brought dull knives back from the dead by merely honing that blade. This will save you time and money which can both be invested elsewhere. 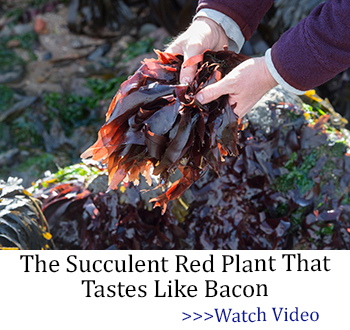 21 Gardening Items You Should Get From the Dollar Store

What To Do If You See A Bat On Your Homestead