How To Build A Cheap Bunker In Your Backyard

The average steel bunker, base design, is going to run you over $20,000 for installation. I think that most people with a spare $20,000 at this moment would use it for several things other than that expensive doomsday bunker. Just the purchase of land itself would be a great investment for the average homesteader.

This price reflects a considerably basic shelter. It is not something that you are going to be happy with. You will use it when the tornado sirens go off or if you are told to seek shelter from a dangerous thunderstorm. However, a bunker at this price will not be the grand survivalist home base that you would like it to be. Therefore, you will be spending tens of thousands of dollars and merely settling.

There is a way to build a cheap bunker in your backyard that can protect you from many disasters and be used as an alternate storage space for preps.

Have you ever heard of the earth bag? This is a modern building method that uses minimal materials to build literal homes above ground or underground! Earth bag building can yield incredible structures that will take your break away but also build simple ones that are highly effective.

Most people can understand the value of a root cellar. The earth bag is a great method to consider for building your own root cellar outback.

Earth bag building is basically the process of layering sandbags, filled with dirt. You add barbed wire between each layer, and you can even use lumber for some minimal framing, but it is not necessary. When it comes to bunker building earthbags are a great option because they are one of the few building materials not affected by moisture.

Because of the minimal material requirements, the cost of building a backyard bunker will be significantly cheaper than the steel model we talked about above. I mean substantially cheaper. Let’s take a look at the cost to build a bunker like this in your backyard.

1. What Kind of Bunker

Before you fill a single earth bag you need to sit down and consider what you are building a bunker for. The reasons can be quite different depending on the person. If you are looking for a safe shelter to hide in during a tornado that is going to look a lot different than a bunker designed to live out the apocalypse.

In this step you should really sit down and draw the entire project out. What do you want for this bunker and what don’t you want? Also, how can you make this shelter as structurally sound is possible by using a circular shape or some other method. 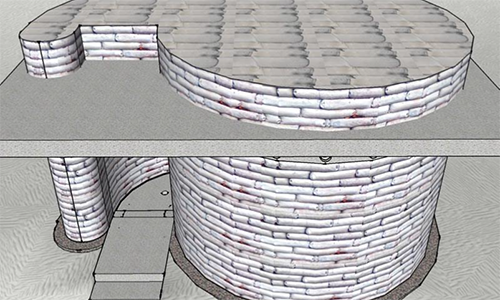 A great plan will result in a great bunker and the opposite is true, too!

If you can bring a backhoe in for this that is probably the way to go. By planning out your bunker you should at least have the dimensions of your bunker. Now you are going to have to dig this space out. You can build your bunker so that the very top of it is a above ground. However, this won’t protect you from a nuclear blast. 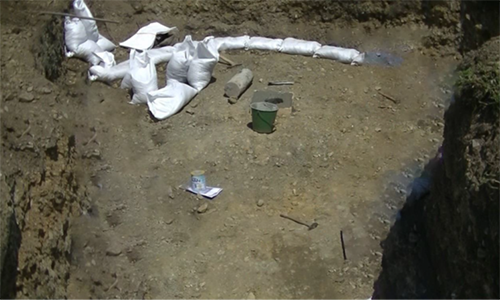 Digging the hole for your bunker is about the worst part of this whole process.

If you are building a corridor or a larger style bunker you should consider framing that bunker with some wood, internally. Earthbags are great but building a roof will require some wood for the earthbags to sit on. A simple frame topped with strong pallets can be just what you need to stack the earthbags on and keep them sturdy and secure overhead. 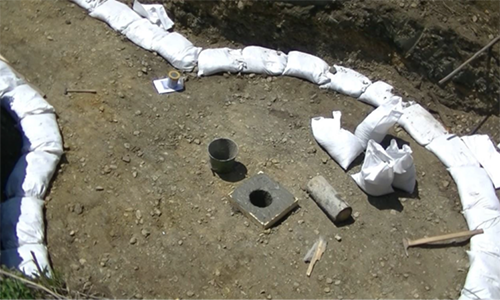 If you go with a circular style earthbag home, you don’t even need a frame for the roof. Your circles just decrease in size gradually as you taper the roof. It’s a remarkable building material that can literally work without anything else but bags, dirt, and barbed wire. 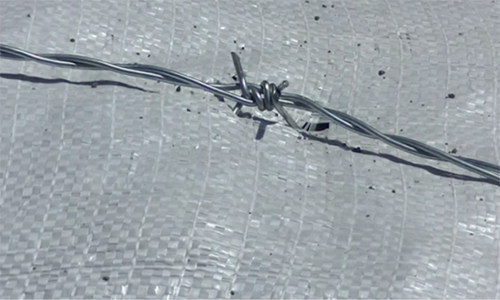 If you are going to build a bunker out of anything you should also plan on having a way in and a way out. Otherwise, you could just be building an earthbag coffin for you and your family. 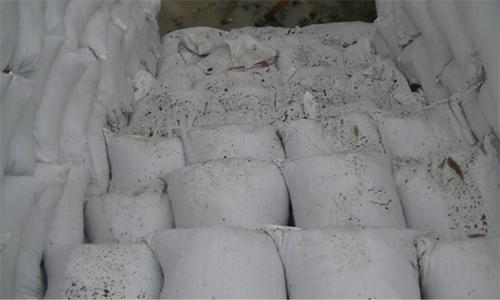 The good news, you can literally dig and build steps using earth bags. They can become your staircase from the surface, down into your bunker. Now, what you do with doors and entranceways is your personal preference. All I am going to say is: get creative!

By this point you should be able to grab a shovel and start filling bags. The best way to do this is to lay the bags around the pile of dirt that you removed with the backhoe. Get a few people around that pile of dirt with bags and begin filling them. Closing your filled bags is nothing fancy, you can simply fold up the remaining top of the bag and stick a nail through it.

Old tires are a great first layer if you want something other than just earthbags at the bottom of your bunker. You can also use tires just as a perimeter layer. Of course, there is nothing wrong with simply building that first layer with earthbags completely.

Continue to build layer upon layer with razor wire between each. Before long you will have walls and even a roof. It will take energy and the more people you have the better it will go, but before long the bunker will be finished from merely stacking bags filled with dirt! 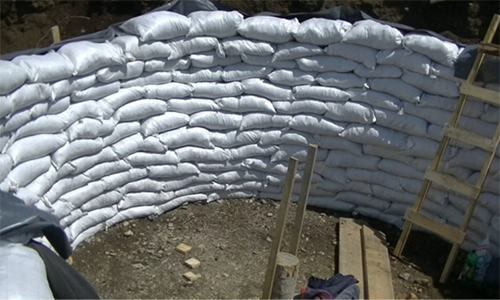 Now that your earthbag bunker is fully built you can cover the roof of your new bunker with the same dirt you pulled out of the ground to make the space. 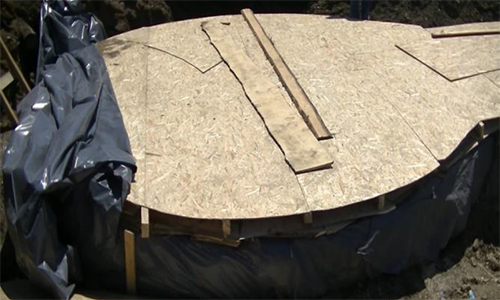 Not only should you cover your new bunker location, but you should consider concealment, too. At the very least your entrance and exit ways should be concealed. 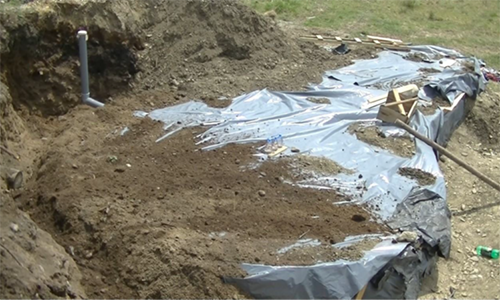 You can grow thorned bushes all around them or just allow the natural landscape to grow back and conceal them.

Most people assume that a doomsday bunker is just too far out of reach. While you might not wind up with a massive set of corridors that is outfitted like a real home, you could have a simple bunker of your own. You might even use this bunker as something of a root cellar while you wait for a serious disaster to strike.

You can add electrical and other amenities to your earthbag bunker, you just need to take the time to plan for all that in the beginning.

No matter how you design it or what you plan on doing with it, your bunker can become a reality. You can also learn a very impressive skill for building shelter using some dirt, bags, and razor wire. In survival, knowing how to make shelter is everything!

7 DIY Stoves You Can Build In A Crisis 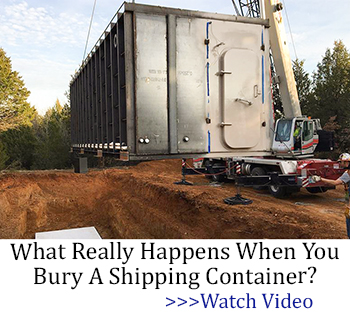 Cheap Concrete For Your Projects: Papercrete