Thousand of animals are killed yearly in road accidents.

In most cases, these dead animals lay decomposing on the shoulder of the road. They become part of the food chain and get eaten by bugs and other scavengers. So why don’t humans eat them?

But before you load that deer onto the back of your truck, there are a few health, safety and other considerations that you should take into account.

This article will guide you through determining when and how an animal should be salvaged, while also alerting you to some laws and ethical considerations that you may want to take into account.

My maxim is that one should, “Eat anything that doesn’t eat you first or kill you later.” So now that you know in a nutshell how I feel about the topic, let’s explore eating roadkill further.

So let’s assume that you come across a dead animal lying next to the road. Should you load it or leave it?

An animal lying dead next to the road could have been hit by a vehicle, but it could also have been poisoned, shot or dumped next to the side of the road. If you saw it being hit or hit it yourself, then you can consider loading it, otherwise, leave it be. You can report it to the authorities but rather don’t eat it.

Related: 8 Dangerous Mistakes To Avoid When Storing Your Food 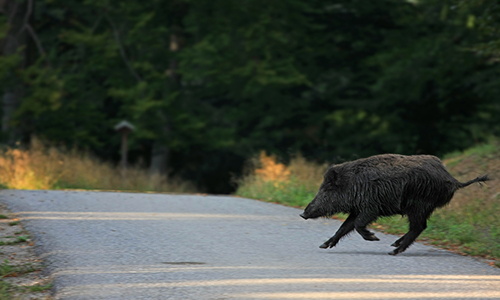 You have no control over where an animal you hit with your car will fall dead. It could land in a patch of pristine bush. It could land in a drainage pipe or a roadworks site. Given that the animal’s skin may rupture or tear, this means that environmental pollutants or other substances can soil or contaminate the meat.

Scan the environment where the animal is lying. Look for oil spills, discarded boxes or bags, or even strange smelling water running in a ditch. If the roadkill is lying in or on anything you wouldn’t put in your mouth, don’t load it.

Animals that have died as a result of a massive impact, may have broken bone fragments in their meat, including broken glass from the vehicle that struck them. Additionally, if they landed on gravel, stones or other roadside debris may become lodged in the meat. Be sure to inspect any parts before ingestion to make sure you don’t break a tooth on a piece of bone, or swallow glass.

Pulverized meat will be dark red, almost black and like a sack filled with jelly. It looks similar to the flesh around a gunshot wound. Don’t eat or attempt to eat it. It’s just gross. 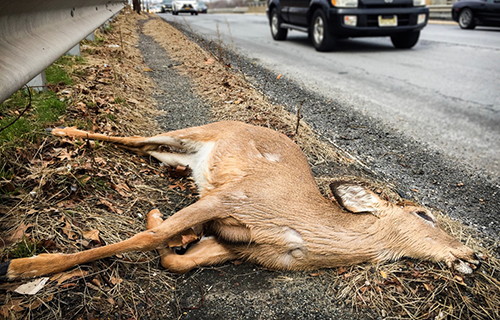 Bacteria and other infestations can happen very fast. At relatively low temperatures, bacteria can double every twenty minutes, and if flies start aggregating around open wounds, there is the threat of bug eggs, maggots and other larval infestations in your meat.

So unless you can load the roadkill immediately and can keep it clean and unspoiled, maybe you should reconsider loading it in the first place

How can one determine whether the organs have ruptured? Obvious signs would be if you can see broken organs leaking fluids onto the meat. But what if the intestinal cavity is intact?

If blood, urine or fecal fluids leak out of any of the cuts, you need to beware. I would perform a full field dress to see what is going on. If you don’t feel comfortable doing this, maybe just leave the animal.

Alternatively, load it on the back of a truck and go dress it elsewhere.

It’s not uncommon for hunters to miss where they are aiming, and injure animals in their colon. It doesn’t ruin the meat immediately, and the affected areas can simply be removed. You can also quarter the animal close by and leave whatever you decide not to use. 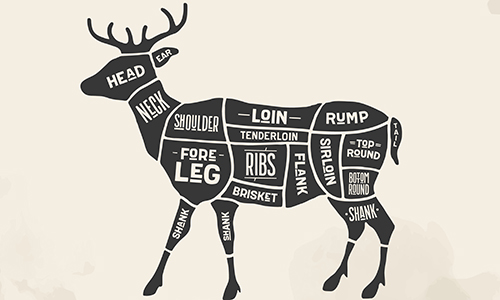 An Animal Lying in the Road?

One word of caution, that may sound obvious, but I mention it anyway. Only try to salvage animals that can be inspected and handled safely.
If the deer you struck is lying in the middle of a busy road or halfway down a steep embankment, best not attempt a retrieval that can cause further catastrophe.

I can barely imagine a more clear cut case than eating roadkill. When the death of an edible animal occurs as an accident, you should absolutely eat it if the meat is healthy and safe.

In this case, I would say that ethics demand that you do eat the animal.

I do believe though that if you do hit an animal, and even if you decide not to eat it, it’s your responsibility to see that the carcass is disposed of. If you cannot load it, or drag it deep into the bush, at least try to make sure it’s out of the way of traffic.

Consider a scenario where you run over a small buck, leave it in the road, and then a small predator comes to investigate and also gets run over. If you cannot move the animal yourself, inform the authorities so that they can do something about it.

Related: How to Use the Whole Animal (Whether You Raise Your Own or Buy It) 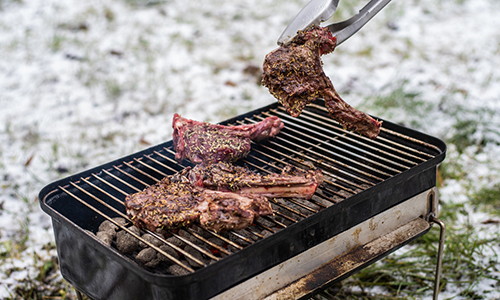 Be sure to act within the stipulations of the laws of your state. Some states prohibit the eating of roadkill, while others may require that you get a permit that will allow you to transport a dead animal. The best is to contact local hunters, gun owners associations or state police, as they are up to date with laws surrounding these types of situations.

Some states, where deer may be carrying diseases like Chronic Wasting Disease, have laws prohibiting the movement, slaughter or consumption of infected meat. Contacting hunters associations or state police can help you navigate that tricky territory.

Only eat healthy animals that you trust. 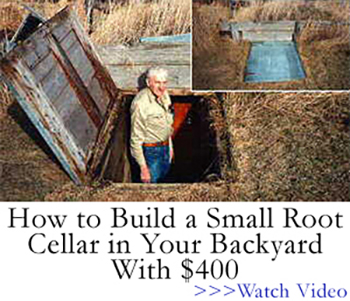 How You Can Keep Rodents Out Of Your Garden