10 Plants You Should Never Grow In Your Yard

The first things a gardener typically considers when choosing what plants will go into their garden are the ornamental aspect, the amount of maintenance they require, and the overall cost. The technical considerations come after: required exposure, the acidity of soil, etc.

But there are other major points to be considered when making choices for your garden, such as invasive qualities of a plant and, above all else, toxicity. Toxic plants can put children, pets, and yourself at risk. With plants being used for their medicinal properties since Ancient times, we sometimes forget that many garden favorites carry “looks that kill”

Here are ten of the most common garden staples to be avoided due to their toxicity and/or invasive nature.

There is a reason why Datura is commonly called “Hell’s Bells,” “Devil’s Weed,” or “Devil’s Trumpet”. Gardeners love their beautiful elongated flowers and their exuberant foliage. But every part of this plant is violently toxic, causing strong delirium and often death when ingested.

Although it’s been used by many indigenous groups in spiritual rituals throughout history and even today, it is best to keep Datura away from your garden. 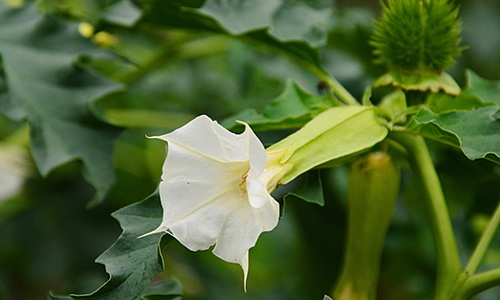 Appreciated by gardeners for its fast growth and decorative foliage. Eucalyptus is also low maintenance, growing in various soil types and surprisingly tolerant of cold climates.

Despite all these qualities, there are good reasons to resist the temptation of adding these Australian natives to your garden.

Because eucalyptus grows so fast, it tends to lose branches which can pose a danger to those in the vicinity of the tree. But one of the most frequent issues that arise with this plant is its competitive nature.

Eucalyptus want to be the “king of the castle,” and they achieve this by poisoning any other plants that may be growing on top of their spreading root system.

Related: The Most Powerful Medicinal Plants You Should Have When SHTF (Video) 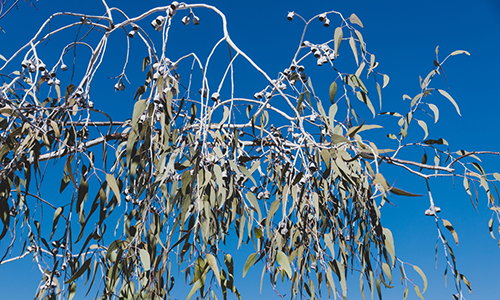 These plants can make a beautiful addition to your garden due to their graphic leaves that turn from red to green and their exotic-looking fruit. However, castor oil seeds are toxic and the plants are even listed as the most poisonous common plant in the Guinness World Records.

For those with curious children, it’s best to say no to the Castor Oil Plant. 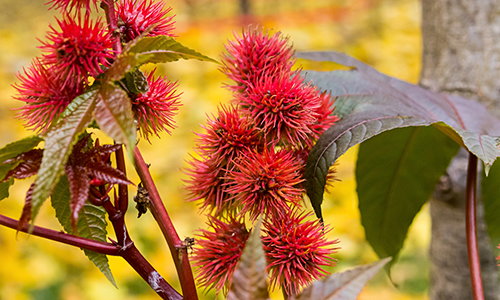 This plant has grown in popularity over the past twenty years due to its similarity to bamboo, making it an easy ornamental plant to add to gardens.

However, this plant is notoriously invasive and hard to manage. Its quick spread allows for the plant to take control of garden beds and soil patches, pushing out all other plant life from taking place.

Lily of the Valley

A wedding bouquet favorite for its dainty bell-drop white flowers and their intense perfume, the beautiful Lily of the Valley is best kept out of your garden.

In addition to being highly toxic (and adorning attractive red berries), Lilly of the Valley is an invasive plant that can very quickly form colonies of dense vegetation suffocating all other plant life in its vicinity. 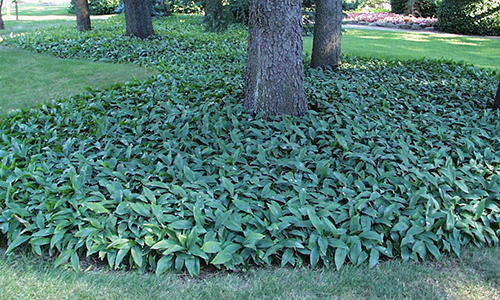 With a name like “Wold’s Bane,” it is clear that you are not dealing with an inoffensive little flower (although we’ve seen that names are deceiving, like “Lily of the Valley”).

Thought to be used as one of the first poisons in history, Wolf’s Bane was used to poison enemies in Ancient and Medieval times and to poison “menacing” carnivores such as panthers and wolves.

Although many gardeners around the world choose to plant this royal-purple beauty in their gardens, this quick-acting plant causes real distress to humans and animals. With just slight skin contact, Wolf’s Bane can cause headaches and nausea.

Related: Do You Have This Plant In Your Backyard? 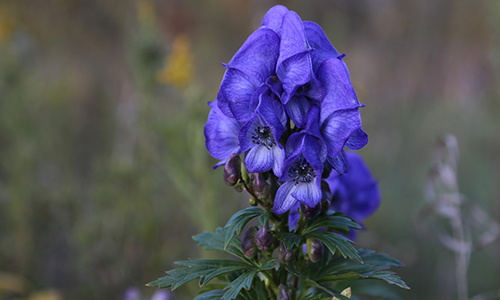 The “Rose Laurel” is a very elegant shrub whose leaves resemble the laurel. Very common in the gardens located in warmer climates, it is known for its toxicity.

Its bitter taste makes it unlikely for humans to get severely poisoned, but there have been cases of pets dying from eating the leaves or the flowers. The sap also causes irritation to the skin.

The star of climbing plants, Wisteria, is more than impressive when it reaches a certain age, producing a large amount of cone-shaped flower clusters, usually of purple-blue color. However, wisteria is toxic in all parts of the plant, mostly the seeds.

Aside from being toxic, Wisteria needs a considerable amount of time to give flowers, generally up to ten years!

For gardeners that are not patient enough to wait up to a decade to see the fruits of their labor, consider honeysuckle or climbing rose bush to achieve similar ornamental effects to the Wisteria. 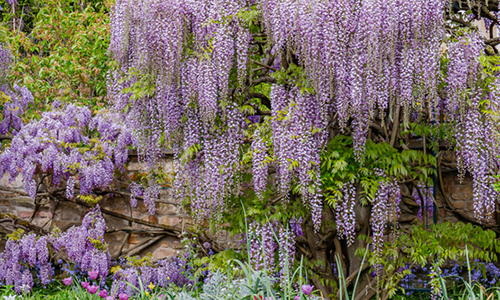 Like all biennial plants (plants that live for two years), the foxglove gives an abundance of flowers, making it a favorite amongst gardeners. But this plant is a lethal poison that produces a great number of seeds.

Reseeding is common, and the plant will come back in greater quantities year after year. If the conditions in your garden are in the Foxglove’s favor, it can easily turn into an invasive plant.

Related: The Most Contaminated Vegetables You Should Look Out For 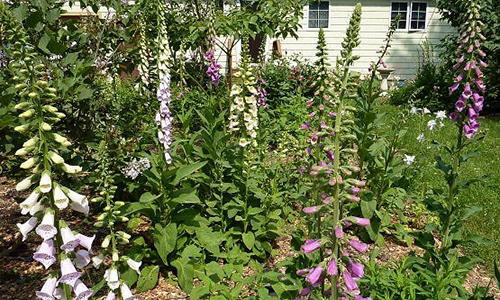 Remember Socrates? He was sentenced to death for asking too many questions and had to execute the sentence himself by drinking… hemlock (although some historians argue it was mixed with Datura and/or Wolf’s Bane).

Commonly found growing as wild weeds, Hemlock has been introduced around the world as an easy ornamental flowering bush to add to line garden edges or walls.

These plants grow and spread quickly and can be hard to keep under control without regular maintenance. And for those gardeners who are fond of foraging, these deadly plants look very similar to wild carrots.

When dealing with toxic plants, most of the danger can be avoided by simply wearing gloves when handling them.

Nevertheless, it’s important to understand what is in your garden and what these plants are capable of. Even more so for gardeners with young children, pets, and roaming animals.

As for invasive plants, their invasive nature can generally be avoided with heavy maintenance, but to save yourself the headache, it’s best to skip them altogether. 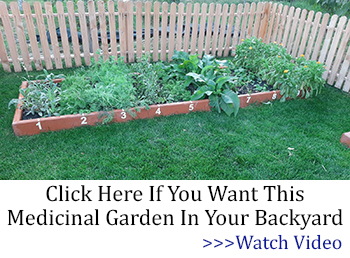 These Invasive Herbs Will Devastate Your Backyard

This Is Why You Should Grow Quinoa

Cheap Ways To Get Rid Of Invasive Ants

If You Have Pets, Get Rid Of These Plants Immediately!